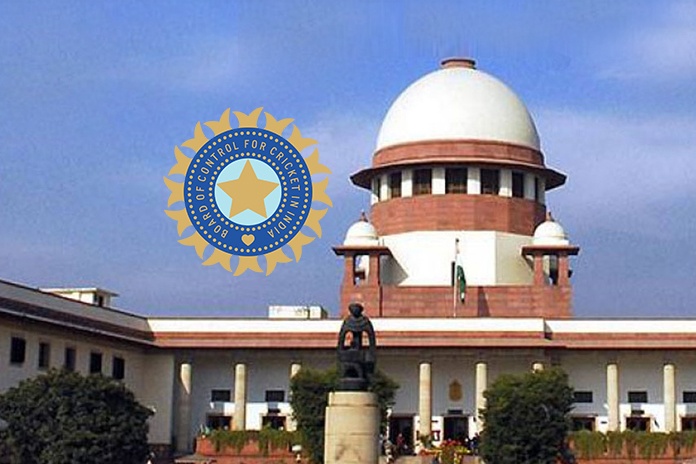 It is not a judgement day but the BCCI’S plea to make changes in its constitution is up for hearing in the Supreme Court on Wednesday. The plea has been filed to enable Sourav Ganguly and Jay Shah to continue to hold on to their posts instead of serving the mandatory cooling-off period as recommended under Lodha Reforms and later incorporated in the constitution of BCCI.
In the civil appeal filed on April 21, the BCCI, among other requests, asked the Supreme Court to separate the tenures of office-bearers of the BCCI and the state associations before serving mandatory cooling-off periods. The BCCI has also requested India’s apex court to do away with a clause allowing any amendment to the BCCI constitution only with the Supreme Court’s approval.
BCCI Supreme Court Plea : Why the plea has been filed by the BCCI ?

According to the Lodha reforms, Jay Shah’s six-year term in office is said to be over and he should go into a cooling off. As per the Lodha reforms, a three-year cooling-off is mandatory after the completion of six years in office – state association and the BCCI combined. Shah was an office-bearer at the Gujarat Cricket Association before coming to the cricket board in October last year.

Same is the case with the term of Ganguly as President of BCCI. Dada has previously served as President of CAB and his 6 year team gets over by the end of July.
A BCCI petition seeking extension of terms of its office-bearers, including president Sourav Ganguly and Shah, and waiving off the compulsory cooling off period is now up for hearing in the Apex Court on Wednesday. President Sourav Ganguly’s term expires this month and if the amendment is allowed, both Sourav and Shah will stay on till 2025.

Soon after the dispensation led by Ganguly and Shah took charge last October as elected office-bearers after the board was managed by a Supreme Court-appointed Committee of Administrators for nearly three years, the BCCI started an apparent effort to dilute the apex court-directed administrative reforms. During its annual general meeting in December, the BCCI passed several resolutions that were allegedly contrary to the spirit of the reforms.

IPL spot-fixing case petitioner Aditya Verma on Tuesday said his lawyers “won”t oppose” a cooling-off period waiver for BCCI president Sourav Ganguly and secretary when the matter is heard in the Supreme Court.The apex court is set to hear on Wednesday a BCCI plea to modify its constitution and enable the duo of Ganguly and Shah to stay on in their positions instead of going on a mandatory cooling-off period.

Cricket Association of Bihar secretary Verma is the original petitioner in the 2013 IPL spot-fixing scandal, which led to the apex court forming the Lodha Panel, which recommended sweeping constitutional reforms in the world”s richest cricket board.

According to the BCCI”s new constitution, a cooling-off period of three years is mandatory after serving for six years as an office-bearer in either a state association or the Board.

Ganguly and Shah took charge of the BCCI last October with only nine nine months left for their cumulative six years in the state and national unit to get completed.

Verma reasoned that the duo of Ganguly and Shah is needed for the Board”s stability.

“I have always maintained that Sourav Ganguly is the best man to lead BCCI. I believe Dada and Jay Shah should get a full term to again stabilise BCCI,” Verma told PTI.

“Therefore on behalf of CAB, I will not have an objection if Dada is allowed to continue as BCCI president,” Verma said.

“Out of his nine months, four months have already been lost due to coronavirus and any administrator needs time to implement plans and policies,” he added.

Ganguly completes his six years by the end of this month while Shah is understood to have completed it.