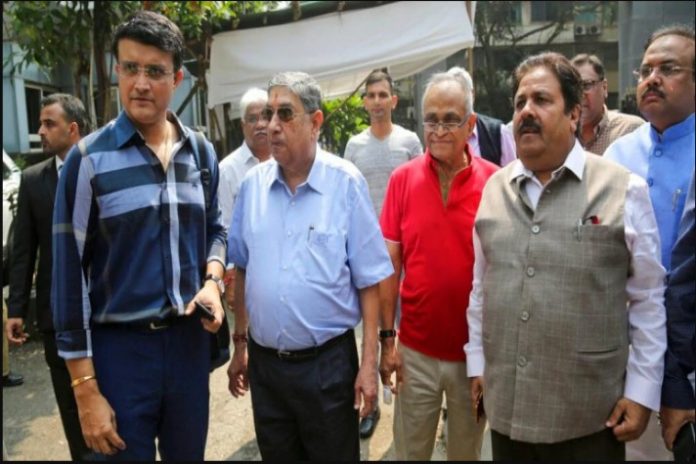 Sourav Ganguly in his first Press conference as the Board of Control for Cricket in India president did not mince any words in spelling out his concern about getting $372 million from the International Cricket Council.

That is for the record. Off the recording priority of getting BCCI’s dominating position in the world governing body for cricket back is a bigger and more important task.

If reports were to be believed, seasoned cricket administrator N Srinivasan is likely to be tasked with managing the affairs in the ICC. Even as it comes at the risk of a direct rift with the ICC chairman Shashank Manohar, who is seeking another term in the office.  Numbers at present certainly not favor the BCCI, unlike when Srinivasan had managed to get the ‘Big Three Model’ implemented.

The dilution of the ‘Big Three Model, that once ensured India $570 million from the ICC revenues, has eventually brought BCCI’s share down to $293 million even as the nation contributes 70% of the revenue cricket generates globally.

Ganguly in his first Press conference as BCCI president has laid special emphasis on the ICC issue.  “ICC matter is important for everyone to know. India is supposed to get $372 million from the ICC in a five-year cycle, which is a lot heavy at the back end as there are two ‘World tournaments’ – T20 World Cup in Australia and Champions Trophy in India and the ICC World Cup. There is a lot of ICC money and till now we have not got whatever it is, but we will make sure we get whatever is our due. We work with the ICC and take this forward.,” BCCI president has said.

BCCI representatives reportedly say India should get $ 405 million from the ICC during the eight-year cycle between 2016 and 2023 as it is also scheduled to host the 2021 T20 World Cup and 2023 ICC World Cup during this period.

Change of Guard: Ganguly takes over as BCCI president, end of CoA era

According to the national daily Times of India, the BCCI officials are unanimous in their choice that former board president and ICC chairman N Srinivasan should be named India’s representative at the world governing body once again even if this needs an amendment in the BCCI constitution.

The crucial matter concerning the ICC will be on the agenda for the AGM next month. “Expect developments related to the ICC to be adequately addressed. It’ll happen soon,” say sources as the 70-year-age bar could be one major obstacle for Srinivasan’s nomination to the ICC.

Since the next ICC AGM is in February next year, four months is a time good enough to make desired amendments if BCCI members are firm on their choice for representation in the ICC.