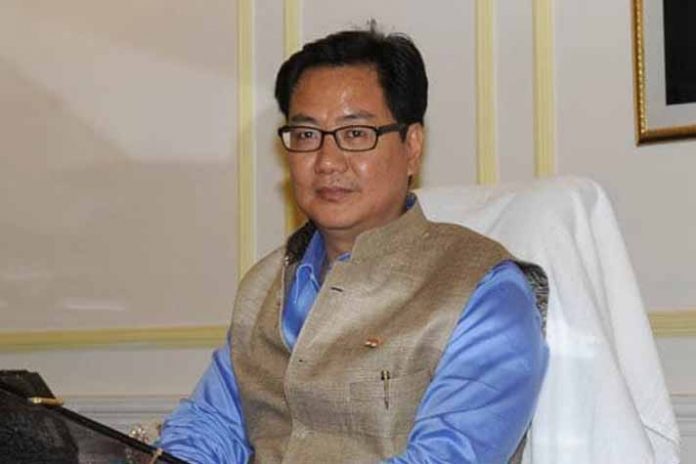 The Board of Control for Cricket in India too will have to come under the proposed uniform sports code. Sports Minister Kiren Rijiju, speaking at the Indian Express Idea Exchange programme, has stated that “once we come out with a proper refined sports code, everything will come under it, including cricket.”

However, the revised uniform code is expected to be more lenient that the one recommended earlier. The new code is being finalised with the consensus of the sports’ governing bodies in the country.

For the BCCI bigwigs, the tenure and cooling off period in the upcoming sports code is expected to be more favourable than the Lodha panel’s recommendations, which made it mandatory to follow a cumulative nine-year period as a BCCI office-bearer by a three-year “cooling off” term. The draft of the sports code allows a president to serve three terms of four years each without a break.

Read: BCCI comes to rescue of women team stuck in Windies without allowance

The new sports code can also allow Sourav Ganguly to have a four-year term in the office of the BCCI president, which he is supposed to vacate after ten months under the Lodha Committee rules.

The minister, however, has not committed on a time frame to implement the revised code. “I cannot give you a timeline, but there is a Delhi High Court order, giving direction to my secretary and other bodies to present a case before the Minister, that is me, and then take a call. I have received a copy of the order. Besides the court’s direction, we have begun the process,” Rijiju is quoted as saying by national daily Indian Express.

“In the meeting with the IOA and sports federations, I told them that we will form a committee and then take the opinion of all the stakeholders, and then come up with a refined sports code. They happily agreed. They authorised me to do what I want to do,” he said.

ICC affairs ran on 75% of its grants from BCCI: Anurag Thakur

Rijiju also said it was up to the sports bodies to get their house in order to prevent the judiciary from stepping into their domain. “The courts know that they intervene only when there is no solution, no mechanism. If we are equipped, if we are managing things smoothly, why will the courts interfere? So the handling of our internal matters is in our own domain,” he said.

BCCI’s ICC agenda: To get back stronghold, $372 million