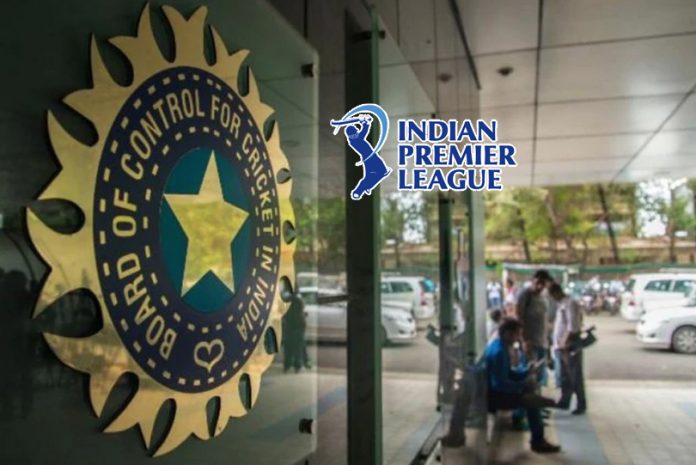 The Board of Control for Cricket in India has reportedly reached out to the Ministry of Youth Affairs and Sports for the Coronavirus threat during the Indian Premier League.

Even as BCCI president Sourav Ganguly had dismissed the COVID-19 threat on the IPL while talking to reporters in Kolkata, top officials from the Indian cricketer board has spoken to the Ministry to assess the situation, states a report by national daily Indian Express.

The Sports Ministry has referred the board to the Ministry of Health.

The BCCI officials have reportedly held a teleconference with their Sports Ministry counterparts to seek advice on the health impact ahead of the IPL.

The IPL 2020 is scheduled to start on March 29 when champions Mumbai Indian (MI) will host last year’s other finalists Chennai Super Kings (CSK).

“The BCCI is having some internal meetings and wanted to assess the situation arising out of coronavirus. They are collecting all the data and would be taking an appropriate decision in the next 2-3 days,” the daily has quoted  a source as saying.

“The Sports Ministry cannot interfere with where and when events should be organised. So it has been suggested to the BCCI that they talk one-on-one with the secretary and joint secretary of the health ministry.”

Apart from BCCI, the National Rifle Association of India (NRAI), too, got in touch with the Sports Ministry on Thursday. The NRAI will be hosting shooting World Cup in Delhi from March 16. The visa restrictions imposed by the government in the aftermath of the coronavirus means close to a dozen nations, including shooting powerhouses like China, Italy, Iran and Italy, will not be competing in the tournament.

The International Shooting Sport Federation has stripped the competition off ranking points due to numerous withdrawals in wake of Coronavirus outbreak.

IPL 2020: Dhoni gets back to action with roaring reception

The experts are advising to reduce mass gatherings to avoid the spread of the virus. “If people do not go to watch the games, it affects the IPL’s significance and revenues. So spectator control is one issue that BCCI is facing,” the source said.

The bigger issue for BCCI and NRAI, the source added, is ensuring the participation of players or them being sent to quarantine.

The IPL will see 60-odd players from countries like Australia, England, New Zealand, South Africa and the Caribbean – regions where cases of coronavirus have been very few.

The BCCI has so far denied that IPL could be impacted because of the virus. While Patel, on Thursday, said they are assessing the situation, Ganguly added the BCCI hasn’t even ‘discussed the issue.’

Meanwhile, BCCI president Ganguly has said the IPL is “very much on schedule”. He has further asserted that all measures will be in place to tackle the rapidly-spreading novel coronavirus threat which has wreaked havoc on sporting calendars globally, adds PTI.

The glitzy T20 event, featuring both Indian and international stars, gets underway on March 29 in Mumbai.

India’s Coronavirus patient count currently stands at 31, including 16 Italian tourists. Internationally, the deadly outbreak has so far killed more than 3,300 people and infected nearly 100,000 in about 85 countries.

“IPL is very much on. Everywhere, the tournaments are going on. England are already in Sri Lanka. South Africa are here. There are no issues,” Ganguly asserted. “County teams are travelling all over the world. They are travelling to Abu Dhabi, UAE to play. So there is no problem,” he added.

Asked about the precautionary measures to ensure that players and fans are not affected, Ganguly said a medical team is thrashing out the specifics. “We will take all precautions. I don’t know exactly what are the extra measures. It’s only medical team which will tell us about that,” he said.

“The medical team is already in touch with the hospitals so that everything is available. We will do what the doctors say. They are the professionals. All medical issues will be addressed by the medical team. Every tournament will go on,” he added.

The Coronavirus outbreak has severely impacted the global sporting schedules with one of the disease epicentres, Italy, banning fans from venues till April.

Olympic test events have been postponed or cancelled in Japan, another badly-affected country. There are growing concerns about the fate of the Tokyo Olympics in July-August despite the International Olympic Committee’s assertion that the quadrennial showpiece will go ahead as planned.