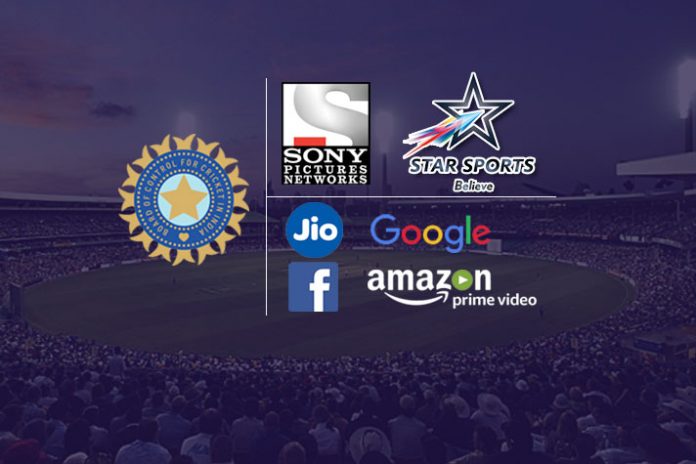 Come March 27th, once again the lead broadcasters of the country will be pitted against the lead global digital giants for one of the most valued cricket rights globally – the Board of Control for Cricket in Indian media rights for the domestic and international cricket matches in India.

The script being played out will be the same as it was on display during the Indian Premier League bidding, the lead characters will also be the same, only possible twist could be its ending.

As per the news coming from the BCCI headquarters in Mumbai, the rights tender has been picked by Star India, Sony Pictures Networks India (SPNI), D-Sport, Google, Facebook, Reliance Jio and Amazon Prime Video, besides a few other little-known players. This clearly shows that fight will be between the broadcasters and the digital players who especially want to expand their consumer base by showcasing Indian cricket on their platforms. 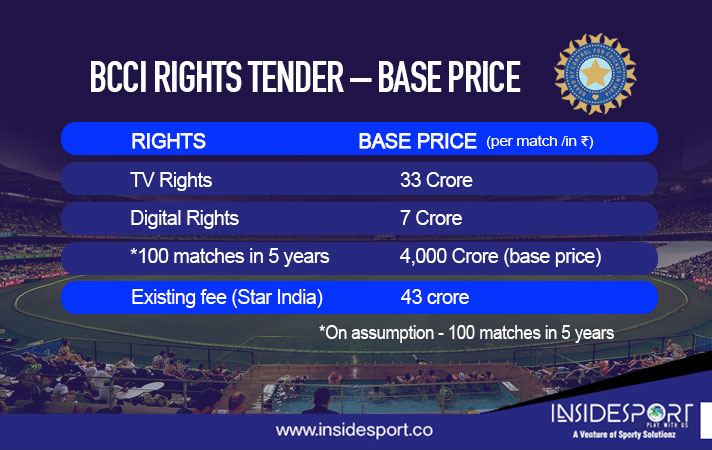 The total inventory for the five-year window is expected to be around 100 matches. This means the base price for the 5-year rights is being valued at 4300 CRORES to start with.

Star India is sitting pretty after winning the Indian Premier League rights bid for a whopping ₹16,347.5 crore and the International Cricket Council and Asian Cricket Council. SPNI on the other hand has lot of international cricket in the form of signings with the 7 boards, latest being Cricket Australia and the England Cricket Board. Under this scenario, will Star and Sony go all out for the BCCI rights? Both are tight-lipped, underplaying their interest. But as per the insiders, both would hate to lose this.

The digital players in the form of Facebook, Google, Amazon and Reliance Jio will further compound the broadcasters’ problems. All of them have business case to go big on these rights and they have shown intent and keenness in the form of their aggressive bids during the IPL tender.

The BCCI for the first time has taken e-auction route to discover the right partner and the right value for the rights. The rights include all international and domestic cricket tournaments (including the Ranji Trophy and the Irani Cup) which are to be played in India until March 31, 2023.