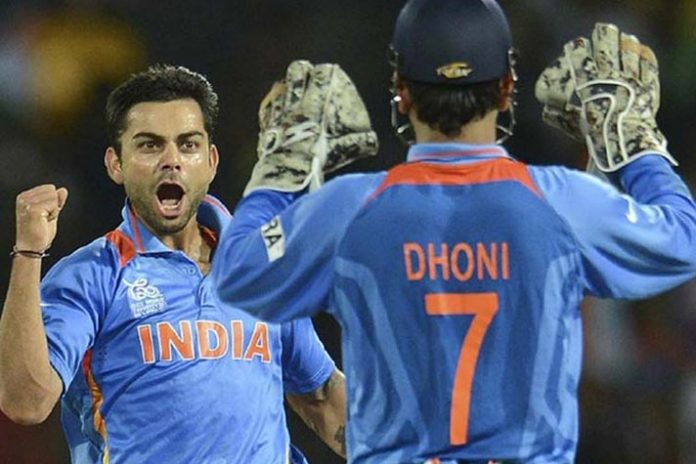 As India embarks on the World Test Championship journey, seasoned pro Mahender Singh Dhoni will not be there for having already quit Test match cricket. Jersey No. 7 that has been distinctly associated with Dhoni in limited overs cricket, might also not be seen in his absence from Test matches.

No Indian cricketer wears the No. 10 jersey as a token of respect to Sachin Tendulkar.

Cricket being a commercial sports and icons like Dhoni and Virat Kohli becoming brands in their own rights, jersey numbers the two legends have also gained immense commercial significance.

Dhoni has named is apparel and sportswear range “seven” with an obvious reference to his No. 7, while Kohli has launched a range of One8 products, the name being derived from his jersey No 18.

According to a Scroll.in report, most of the Indian players will opt for their limited-overs jersey numbers. “Virat is expected to wear 18 while Rohit wears 45,” a senior BCCI source has revealed said.

While a jersey can’t be retired officially, the BCCI may think about such a move as Dhoni’s stature in Indian cricket is such.