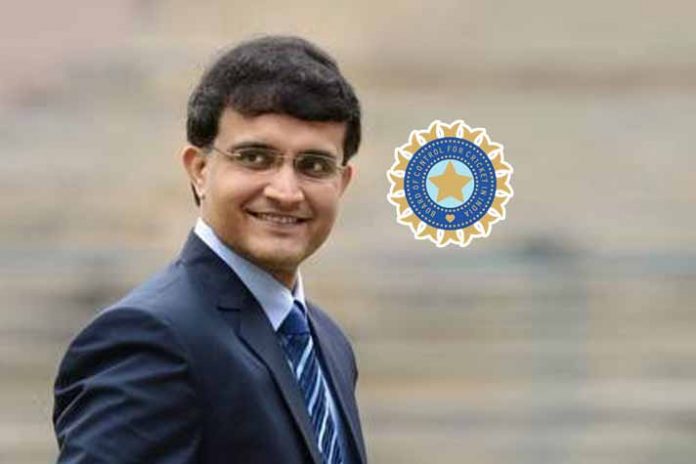 Sourav Ganguly has emerged as the consensus candidate for the office of the president in the Board of Control for Cricket in India.

Former BCCI president and the Minister of State for Finance in the Modi cabinet, Anurag Thakur was in the director’s position as the drama to decide the next BCCI governing team unfolded.

For a while, former Indian batsman Brajesh Patel was the frontrunner for the President’s office. However, as Thakur took remote control of the proceeding Ganguly emerged the consensus candidate.

Former India captain Ganguly reportedly emerged as consensus candidate to be BCCI’s new President, edging past Patel who appeared to have grabbed the coveted post.

Ganguly has led the Indian cricket team with distinction in pursuit of creating the world champions the Virat Kohli & Co are today. He will lead the Indian cricket from the front now. His administrative qualities have been to the fore during crisis.

Monday is the last day to file nomination but no election will be held since all candidates have emerged unopposed after weeks of lobbying and hectic parleys.

The 47-year-old Ganguly, who is currently the president of the Cricket Association of Bengal, (CAB) will have to demit his post in September 2020 as he will go into the compulsory cooling-off period.

Ganguly, one of the finest Indian captains, will turn a new leaf albeit for 10 months even as a new chapter starts in Indian cricket.

Female representation in BCCI is giant leap for cricket: Shantha

Typically like his administrative guru Jagmohan Dalmiya, Ganguly pulled a match that looked all but lost, before the tables were turned in his favour0.

“Yes, Brijesh was running for the President’s post with N Srinivasan actively lobbying for him. However, there was stiff resistance against him. We are happy Sourav is the new President,” a senior official from North East said.

The choice for President’s post was always between Ganguly and Patel and the former was finally accepted as a unanimous candidate.

However, Patel now has emerged as the consensus candidate for the all-powerful post of the IPL Chairman. The decision is also aimed at avoiding any litigation from the Srinivasan lobby.

When the new office bearers assume office, it will end a 33-month term of the Committee of Administrators, which called shots in running the cricket affairs in-country post-Lodha Committee reforms.

Ganguly, in the absence of Electoral Officer N Gopalaswami handed over his nomination papers to the BCCI legal team. Ganguly along with other nominees to the BCCI executive were in the board’s office in Mumbai till 3 pm today (Monday).

The new executive members, scheduled to take reigns of the BCCI on October 23 when Committee of Administrators will be dissolved, were reportedly accompanied in Mumbai by former BCCI president N Srinivasan and the ex-IPL commissioner Rajiv Shukla.