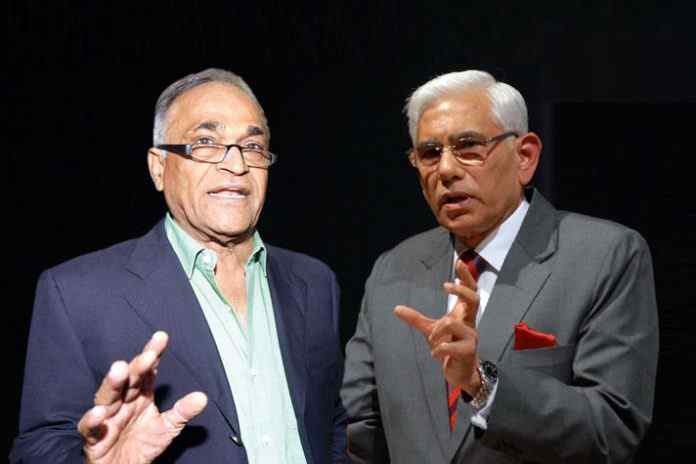 Vinod Rai turned 70 on Wednesday. There are celebrations in the corridors of the “powerless” in the Board of Control for Cricket in India. The BCCI bigwigs not so ago wasted no time to remind the chief of the Supreme Court-appointed Committee of Administrators to play by the rules he has been advocating for others.

Rai is the head of the panel to implement the Lodha Committee reforms, which also recommend a 70-year age bar for the office bearers in the BCCI and its affiliated bodies.

Former BCCI secretary Niranjan Shah has played the lead in the ‘remind the CoA act’. Shah in his birthday wishes, full of sarcasm, has reminded the CoA chief of how the 70-year milestone should matter to him. Shah himself has been the Saurashtra Cricket Association secretary for close to four decades before the Lodha Commission recommended age and tenure clause that led to his disqualification from the position.

Now, he is invoking the same rule to take a dig at the “administrator” in-charge to implement the rule.

“Dear Shri Vinodji, a span of seven decades is indeed significant in any individual’s life. It becomes a matter of retrospective appraisal to view, to analyze and to assess what could be attained and accomplished. On the joyous completion of seven decades of your life, I heartily and warmly wish you wonderful years ahead with good health and happiness,” read the widely circulated letter from Shah.

“It is rightly said by Jean Paul, ‘Age does not matter if matter does not age’ and also by Mark Twain, ‘Age is mind over matter. If you don’t mind, it doesn’t matter’,” stated Shah sarcastically. “Wishing you a very joyous birthday. 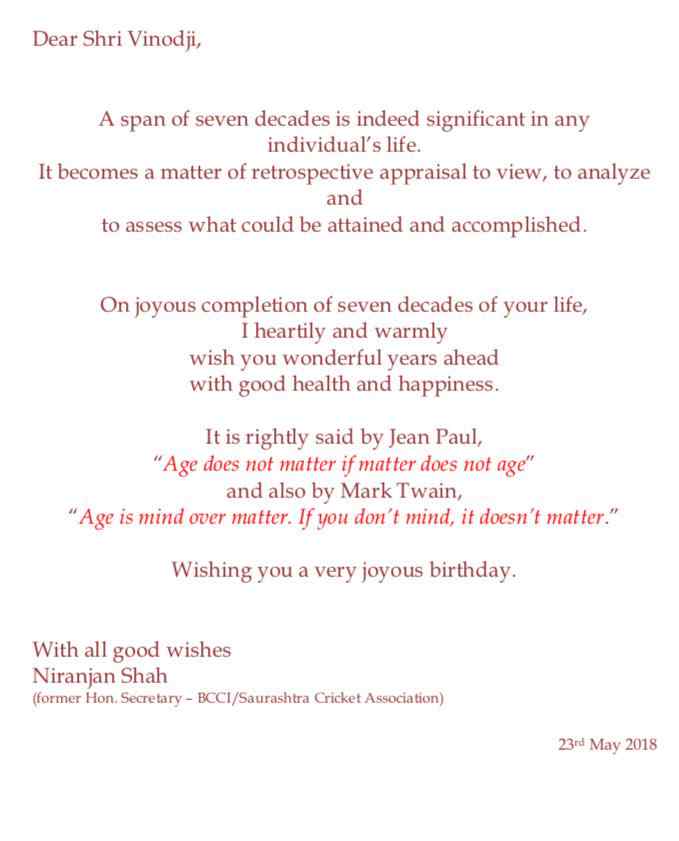 Now, the BCCI “bosses” want the CoA chief to walk the talk. Will he? Rai, though aware of the letter and the content, has reportedly denied receiving any communication from Shah, which drops a hit that now the CoA should relinquish his post.

The BCCI officials, however, want to wait till July for a Supreme Court directive on the Lodha Commission recommendations. A BCCI office-bearer has confirmed to BCCI that Shah has sent his message to Rai via an email.

“Shah has raised a valid point at a time when the majority of us are waiting for the Supreme Court directions. He (Rai) keeps reminding others of their age, as he turned 70 we needed someone to remind him. You cannot have double standards in an administrative set-up governed by rules and bye-laws. How can someone in power have a set of rules for others and separate rules for himself,” said the official on condition of anonymity.

“Matter is sub-judice. The CoA has time and again blatantly exceeded the Supreme Court and Lodha Commission brief. He has in one of his letters stated that BCCI members who are 70 years or above cannot be in any sub-committees (of the BCCI or State bodies). Now, can he be in any BCCI sub-committee?” questions the official.