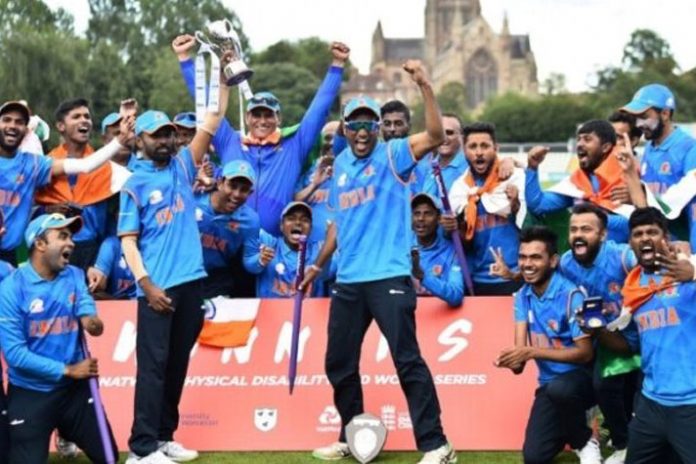 The Board of Control for Cricket in India will be presenting cash awards to the members of India’s Physically Challenged cricket team that won the T20 Physical Disability World Series Championship in England, a couple of months.

As per the decision taken at a recent CoA meeting in Delhi, the players will be awarded ₹3 lakh each and support staff members will get ₹2 lakh each.

“I am really happy to hear this news and feel good that our efforts and request to BCCI has now paid off. We hope after BCCI AGM, the players with a physical disability will be a part of the Indian board’s set-up,” Ravi Chauhan, secretary-general of the All-India Cricket Association for the Physically Challenged, said.