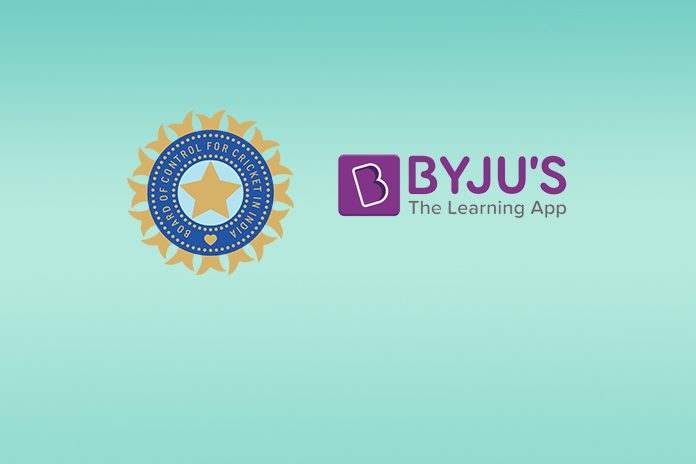 The Board of Control for Cricket in India (BCCI) is pleased to welcome India’s leading education and learning app BYJU’S (Think and Learn Private Limited) as the official Team India sponsor from 5th September 2019 until 31st March, 2022.

BYJU’S will be taking over all obligations of the current team sponsor OPPO mobiles India private limited (OPPO). BYJU’S will now be seen on the Indian team jersey from September 2019 when the home series against South Africa begins.

About the announcement, Mr. Rahul Johri, CEO, BCCI, said, “On behalf of the BCCI, we would like to thank OPPO for its partnership with Indian Cricket. I congratulate BYJU’S on becoming the new Team India sponsor. BCCI and BYJU’S share a common vision and together we will take Indian Cricket forward.”

Byju Raveendran, Founder & CEO of BYJU’S said, “We are proud to be the Indian Cricket Team sponsor. Cricket is the heartbeat of all Indians and we are thrilled to be an integral part of our much loved team. As a learning company, BYJU’S has always recognised the critical role that sport plays in a child’s development. Just as cricket inspires a billion budding dreams across India, we too as a learning company hope to inspire the love of learning in every child’s heart.”

OPPO India said, “We would like to thank Team India and BCCI for a meaningful association that led OPPO to become a household name in just five years of operations in India. As OPPO enters into its sixth year, India will continue to remain a key growth market. To meet rapidly growing consumer demand, OPPO will accelerate its efforts on local Production, R&D and Retail. This will help OPPO bolster its commitment to offer Indian consumers cutting-edge technology and a premium experience.”

insidesport.co was to first to report on July 12 that Oppo is opting out of the Indian Cricket Team sponsorship.