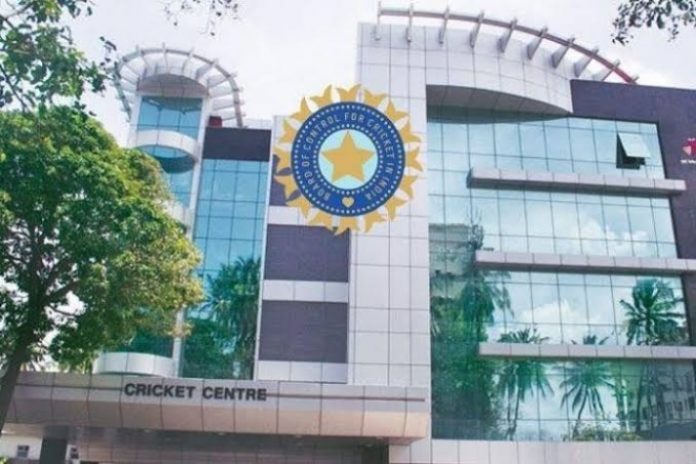 The Board of Control for Cricket in India will hold its first Annual General Meeting with enigmatic former captain Sourav Ganguly as the president.

Relaxation in the Lodha Committee recommended and Supreme Court-enforced norms on office-bearers’ tenure and relaxation period, constitution of the Cricket Advisory Committee and appoint of the BCCI representative at the International Cricket Council are the key items on the agenda.

Sourav Ganguly-led elected body last month has replaced the Supreme Court-appointed Committee of Administrators, which had helmed the BCCI for 33 months.

However, under the present BCCI constitution, Ganguly and secretary Jay Shah will have to vacate their offices after a nine-month stint.

Amendments have been proposed to the clause that governs the term and relaxation period of the cricket administrators in the BCCI and the affiliated State bodies to enable both the president and the secretary complete three years in the board office.

As per the current constitution, which is approved by the Supreme Court, an office-bearer who has served two three-year terms, either in the BCCI or in the State association, goes into a compulsory three-year cooling-off period.

The current dispensation wants that period to kick in only after the individual has finished two terms (six years), at the Board and State association separately. The amendment is expected to be adopted with a three-fourth majority, it will effectively extend the tenure of Ganguly and Shah respectively.

BCCI treasurer Arun Dhumal said that all the proposed amendments are aimed at strengthening the board’s structure and will only be incorporated once approved by the Supreme Court.

“We are not touching the 70-year age cap clause. With regards to the cooling off, our point of view is if somebody has gained experience by running the State association, why give him a cooling-off. That experience should be utilised in the best interest of the game. If he can contribute in the BCCI, why not?” said Dhumal.

“We will take it (all passed amendments at the AGM) to the Supreme Court. We will put across our point of view. What are the practical difficulties we are facing with regards to a few things. In case the court agrees with our idea, then we will have those amendments,” he added.

However, going forward, it has been proposed that a three-fourth majority at the AGM should be able to ratify any amendment in the constitution as it is not “practical” to take the Supreme Court’s approval, which is required in the existing constitution.

With the BCCI’s clout significantly reduced at the ICC due to the administrative crisis over the past three years, the board has proposed that experienced hands must represent India in the world body and the 70-year age cap clause should not apply to them.

This could pave the way for former President N Srinivasan to attend the ICC meetings on behalf of the BCCI. Srinivasan was forced to step aside after the game was shaken by the 2013 spot-fixing scandal.

“In order to protect the interests of BCCI, which are being steadily eroded at ICC, people with experience of negotiation and personal interaction with other member nations should be made the representatives,” the BCCI said.

Under the existing constitution, the CEO is the point man for the nine-member apex council but the current set of office-bearers want that role for the secretary, making him more powerful. The top brass also wants the CEO to report to the secretary.

The account of the last three financial years will also be passed at the AGM.

In terms of cricketing decisions, various committees, including the Cricket Advisory Committee (CAC), will be appointed at the AGM.

After Sachin Tendulkar, VVS Laxman and Ganguly stepped down from their roles, Kapil Dev, Shantha Rangaswamy and Anshuman Gaekwad have appointed the men’s team head coach. Ravi Shastri got an extension for the top job.

Tendulkar and Laxman are expected to return to the CAC with a new team member as Ganguly has now been elevated to the board president’s office.

Appointment of the ombudsman and the ethics officer is another important item on the agenda.

Both Rangaswamy and Gaekwad are now part of the  BCCI Apex Council as representatives of the Indian Cricketers’ Association. It is the prerogative of the CAC to appoint the selection committee. So, it would be interesting to see, which former cricketers of repute form the high-profile body.

A new Ombudsman and Ethics Officer will also be appointed. The two roles are being performed by (retired) Justice D K Jain, whose term ends in February.

The contentious issue of conflict of interest is also expected to be discussed at the AGM. Ganguly has already said it is one of the most serious issues facing Indian cricket.

Several past players have expressed unhappiness over the Conflict of Interest clause. The CoA, in last status report, has advised to alter the clause.

Meanwhile, it is understood MCA vice-president Amol Kale would represent the cricket association in the AGM, while the Tamil Nadu Cricket Association could be represented by either its secretary R S Ramaswamy or president Rupa Gurunath, daughter of Srinivasan.

The Cricket Association of Bengal will be represented by its secretary Avishek Dalmiya.

Delhi and District Cricket Association secretary Vinod Tihara will be nominated to represent the State body at the AGM since president Rajat Sharma’s resignation was expected yesterday (Friday).