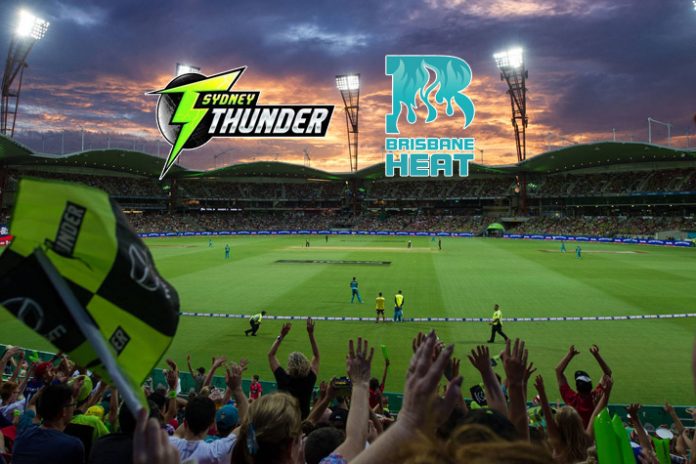 With the ongoing BBL season approaching it’s halfway, the 25th match will see Sydney Thunder and Brisbane Heat lock horns. The two teams faced each other in the opening game of the edition and the Thunder had easily won the contest at the iconic Gabba. However, since then, the Callum Ferguson-led side has added two more wins in its kitty with as many losses and one no result and have seven points to their name after six matches.

The Heat, on the other hand, have been pretty inconsistent and have won only two games out of five matches and both the times, their skipper Chris Lynn scored more than 80 runs. They are currently at the sixth position in the points table with four points, three spots behind the Thunder. It should be an interesting encounter with the visitors looking to avenge their previous defeat.

This game can be viewed on Sony Ten 3 and Sony Ten 3 HD. Live streaming will be available on Sony LIV.