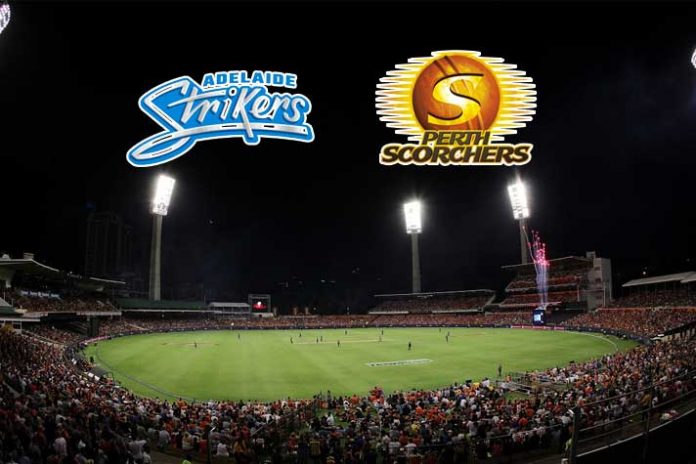 Perth Scorchers will host Adelaide Strikers in the 51st game of the Big Bash League 2019-20 season in a battle of two heavyweights placed in the top half of the points table.

The teams are fresh from the victories in their respective games before the match today (Friday) and will be eager to consolidate their position as the league is all set to enter the crucial knockout phase.

Adelaide Strikers are in with a chance to displace Sydney Sixers in the second position with a win and two points, which will put them on a par with the second-placed Sydney Sixers and allow them to surge ahead on a much better net run rate.

Perth Scorchers might not gain much from a win as far as moving up the points table is concerned, but they cannot afford to lose the game. Any adverse result put them within a striking distance and a threat to miss out on the top four teams as only one points separates them and the next best Sydney Thunder.

A bright sunny day in Perth promises some exciting cricket with minimal possibility of rain.

Going into the match, Adelaide Strikers have seven wins from 12 outings, they have lost four and there was no result in one match. The hosts have won and lost six matches apiece in the twelve games they have played so far.