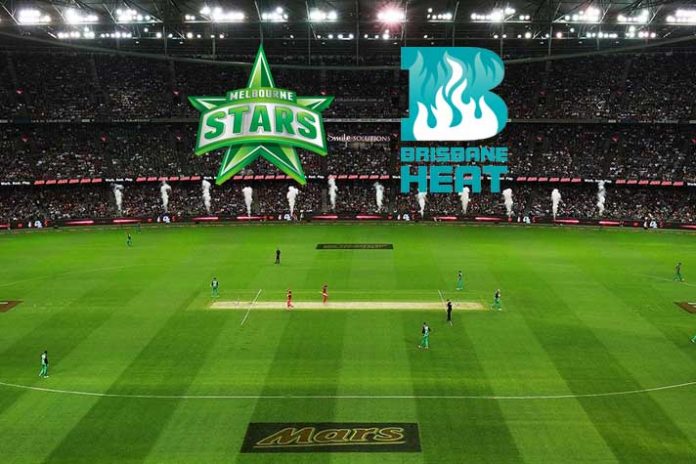 Big Bash League leaders Melbourne Stars will be out to drive clear of the reach of second placed Adelaide Strikers and ensure themselves a berth in the first qualifier as they take on lowly Brisbane Heat at the Melbourne Cricket Ground today (Saturday).

The positioning of the two teams in the BBL 2019-20 points table puts in perspective the difference in the class and form between them. Melbourne Stars, who have won ten out of their 13 games and lost only three, have the highest 20 points and the best .874 net run rate to their credit.

Brisbane Heat have lost seven of their 12 games and have ten points from five victories. In spite of a -.582 net run rate, the seventh placed team still has a mathematical probability to be among the top four and move into the next round.

Perth Scorchers in the fourth position have 12 points in their kitty, with the next two at 11 points each and all of them having just one more match to go. Brisbane Heat have two matches in hand, including the one at the MCG today. If the Scorchers lose their remaining game, Brisbane Heat can still progress by winning their remaining two, irrespective of the results of the fifth and sixth placed teams.

For that, Brisbane Heats will have to overcome the might of Melbourne Stars. An extremely tough task even if not impossible.

With the likes of skipper Peter Handscomb and Marcus Stoinis taking the field for the home team and Chris Lynn, AB de Villiers and Marnus Labuschagne turning up for Brisbane Heat, a run feast the largest cricket stadium in the world cannot be ruled out on a mostly sunny day with the temperature hovering around 21 degrees Celcius.

The match scheduled to start at 1:40 pm will be broadcast LIVE and Exclusive on Sony Ten 3 SD and Sony Ten 3 HD with LIVE streaming on SonyLIV.