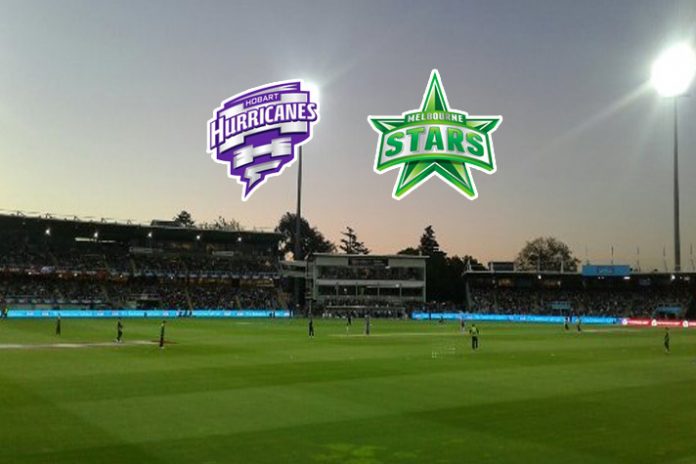 The match 16 of the ongoing Big Bash League (BBL) season will see Hobart Hurricanes hosting the Melbourne Stars at the Aurora Stadium in Launceston. This is the first game of this edition at the venue. Both sides are coming into this match with contrasting results. While the Stars lost to the Strikers by just four runs in a close affair, the Hurricanes edged past the Melbourne Renegades comfortably.

Having said that, the Melbourne Stars had won the previous face-off between the two sides. Marcus Stoinis was the star with the bat for them with an unbeaten 81 off 54 deliveries. Haris Rauf starred with the ball for the Stars picking a five-wicket haul. However, Dale Steyn has replaced him in the squad after recovering from an injury and will play in this match as well.
This match will be an interesting affair as the teams in the middle of the standings face off against each other. Stars, on one hand, could jump to the second spot from fourth with a win while Hurricanes, on the other hand, could end up at third from fifth if they manage to get past Melbourne Stars.

This game can be viewed on SONY TEN 3 & SONY TEN 3 HD. Telecast could be shifted to Sony Six and Sony Six HD as England vs South Africa Test has ended on Sunday.

Live streaming will be available on Sony LIV.