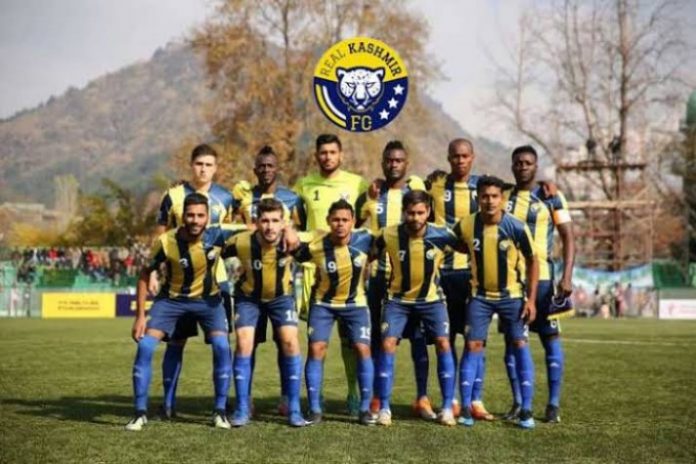 The I-League club from the trouble-torn Valley, which could not even get to play its designated ‘home games’ in the Valley due to security concerns, has caught the imagination of the nation during its debut season (2018-19). The team, shocking some of the traditional football powerhouses like Mohun Bagan and East Bengal to finish in the third position with 36 points from 19 matches.

Aired by BBC earlier this year and Directed by Greg Clark, the documentary takes the viewers through the journey of former Rangers ace David Robertson as the head coach of Real Kashmir FC and how he brought a group of kids together to create a dream story as the team conquered the i-League 2nd division to become the champions of the 2017-18 season.

Speaking about the award, Sandeep Chattoo, co-founder, Real Kashmir FC said, “It feels amazing to have received this award at one of the biggest platforms in the world, BAFTA. Our dream, which started as a small team of Kashmiri Youth, playing football as a hobby, soon became one of the biggest and the most successful dream runs by any team. We won the 2nd division on debut and finished 3rd in the 1st division i-League. This award is a tribute to each and every person who has contributed to making this club what it is today.

“I also thank David for his selfless effort in keeping the team together and would also like to thank Greg Clarke for bringing out the story beautifully on screen.”

The hour-long documentary was nominated in 2 categories at BAFTA – ‘Director-Factual’ and ‘Single Documentary’.

Real Kashmir had also recently signed a British citizen of Indian descent, Kashif Siddiqi. Siddiqi, who has represented the Pakistan football team as an “overseas British South Asian footballer” is the co-founder of ‘Football For Peace (FFP)’.