Bayley joked about a possible match against Michael Cole in Oral Sessions with Renée Paquette.

Without an audience in the stands, the wrestlers do not have a reference to know the reactions of the public. In the middle of the pandemic, one of the fighters who knew how to react to the state was Bayley. The wrestler found her nemesis in Michael Cole and with the commentator left some of the great moments of WWE during the pandemic.

where she explained where her entire story with the commentator came from. “We had no crowd, no one to play with. The only kind of reaction or any words or whatever I was hearing was Corey Graves and Michael Cole on my right. Every time I was in the ring, every time I did a promo, I could hear them breathe. You know, that’s how quiet it was.

So I started getting annoyed with him to answer him and people seemed to like it. I thought it was okay, we have to do something here because it’s so hard to watch without the interaction of the fans. So I had to give them something and they are the only ones out there and it became a lot of fun. “ 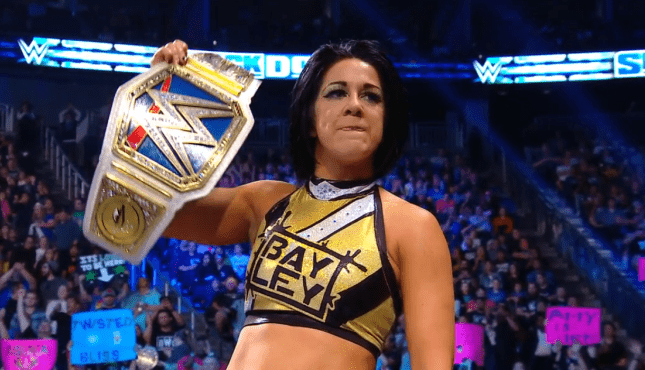 The fighter and Michael left a great moment at Royal Rumble, where Bayley cut the hair at the back of her neck with the name of the commentator. Bayley joked about a possible WrestleMania match against Michael. “I love when he teases me and makes me look stupid. It’s a lot of fun, so I better follow it. I’m trying to get a WrestleMania match with him since he’s undefeated. “