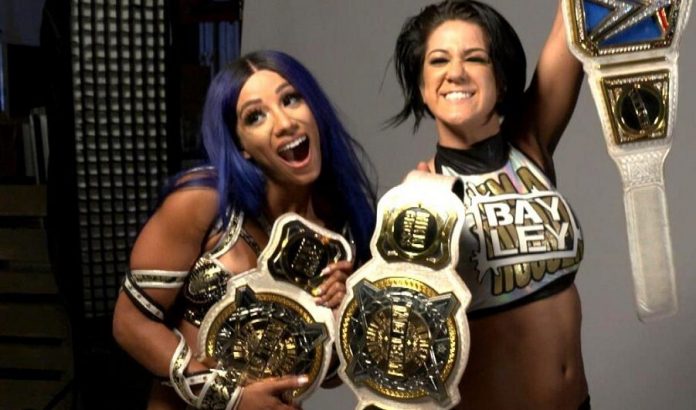 WWE Payback: A major news has brought into account after the latest episode of SmackDown Live that WWE will host another superb pay-per-view just after a week of SummerSlam. Yes! You heard it right.

WWE has announced that just after SummerSlam its next PPV event Payback will take place on 30th August, 2020. However, it was already revealed by WrestleVotes in July that WWE was looking to add one more PPV this year. As you can check the post below:

For whatever reason, WWE has added an additional PPV to the schedule, ONE week after SummerSlam.

Now, WWE does not waste much time to announce that it has already featured first match on the card for Payback. The current SmackDown Women’s Tag Team Champions Sasha Banks and Bayley will defend their Women’s Tag Team titles at this event. However, their opponents have not been decided yet but it will be full of chaos when they defend their titles within week after SummerSlam at this event.

Sasha Banks and Bayley set to defend their Championships at SummerSlam

SummerSlam would be a roller-coaster specially for Asuka, who has the opportunity to win doubles championship but for that she has to defeat “The Golden Role Models” simultaneously. It sounds little glittering but Sasha Banks and Bayley will do everything not to let their respective champions slip from their hands at SummerSlam.

However, SummerSlam is scheduled to take place on 23rd August, 2020 and location is yet to be decided. Moreover, so far this event has filled with eight magnificent matches and many more to be added as expected.