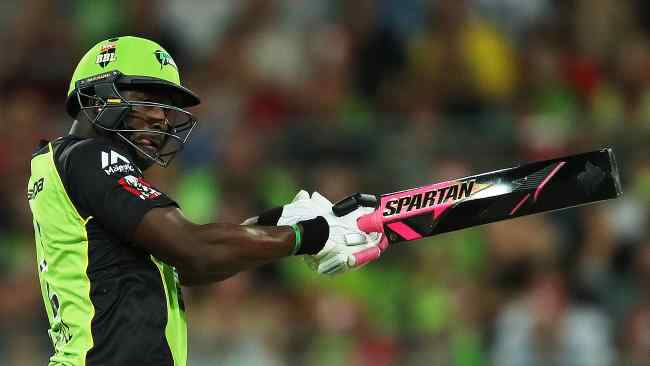 Last week, the use of black bat by Andre Russell during the Big Bash League (BBL) jogged memories of several other bat controversies. Russel’s black bat has since been permitted by Cricket Australia but there are other times when the changes in the bats have been rejected.

Controversies and excitement have gone hand in hand in this journey of bat. The evolution in the process of bat making has brought about a paradigm shift in the way the game of cricket is played today. Edges rushing to the fence and mistimes shots going atop the ropes may simply be attributed to the changes behind physics of a bat as much as to the change in the game’s rules and technologies.

The use and subsequent ban on the colored bat by Andre Russell during the Australian Big Bash League may just be another chapter in the book that dates back to the Monster Bat controversy of 1771, which became the reason to fix the width of a cricket bat at four and a quarter inches. Ever since, there has been no tampering with the width of the bat, even as dynamics of the thickness and sweet spot have gone through a constant change.

With the change in the physics, and some chemistry, of the bat, batsmen are trying to get an advantage in the game. It has been spoken about on several occasions.

The change in the bulge of a bat, for example, is not the only advantage batsmen have resorted to. An unforgettable controversy had erupted when Australian seam great Dennis Lillie during the WACA Test of the 1979 Ashes Series came in to bat with an aluminum bat, which was manufactured by a company owned by his friend. There were no rules in place, which would clearly define that a bat should only be made willow. But, the trouble started when the opposition complained about the bat damaging the ball. Lillie refused to budge initially, and he was not at all happy when he had to change the bat finally.

Lillie is not the only Australian to get metallic support while batting. In 2005, Ricky Ponting used a bat with a graphite strip on the back. Marylebone Cricket Club, the body that forms the laws of cricket, had to scrutinize the use of the Kahuna bat after complaints that the bat provided an unfair advantage to the batsman.

Next year, MCC went on to ban the graphite-coated bats in international cricket. A leading Indian bat manufacturer by then had started producing these bats, which off course were left of no use.

If attempts by Lillie and Ponting were banned by law, another Aussie great Matthew Hayden’s initiative to use Mongoose bat was discarded by the community of batsmen itself. Hayden had unveiled the Mongoose bat during the 2009 season of IPL. The bat had 33% shorter length, with the handle being 43 per cent longer than a normal cricket bat. The experiment to generate more power from the willow never gained popularity with the batsmen because of the difficulty faced in connecting the ball.

There are two other major controversies when batsmen were accused of tampering with the willow to take undue advantage. The company which handles “hotspot’ technology to determine if there has been a contact between the bat and the ball, blamed English batsman Kevin Pietersen of using silicone-based tape on the edges of the bat during the 2013 Ashes Test. According to the company this would avoid nicks being detected by the thermal imaging system that creates the ‘hotspot’ at the point of contact between the ball and the bat. The player always denied the allegations.

During the Nottingham Test of the 2011 series, Kevin Pietersen had accused India’s VVS Laxman of applying Vaseline to his bat to dodge hotspot technologies during the umpire decision review system. Laxman always denied the accusation, which could never be proved.

However, the Monster bat issue remains the mother of all controversies that continued on September 23 and 24, 1771, over 230 years ago. It was a match between Chertsey and Hambledon at Laleham Burway. Chertsey’s Thomas White attempted to use the Monster bat that was as wide as the wickets, while the Hambledon players objected. A formal protest was written, that forced a change in the laws of the game in 1774, after which the maximum width of the bat was fixed at four and a quarter inches. The ruling has remained intact.

The process of modifying the willow continues. So do the controversies.