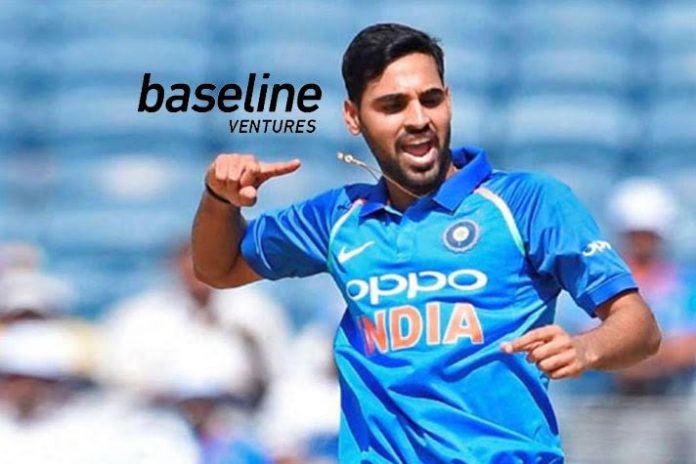 Cricketer Bhuvneshwar Kumar, an integral part of India’s 2019 ICC Cricket World Campaign, has been signed by Baseline Ventures. The sports marketing and events company has announced the signing today (Monday).

Bhuvneshwar who returned to India a fortnight ago from England after the ICC World Cup 2020 campaign is also named in India’s ODI and T20I squad for the tour of the West Indies.

The 29-year-old, who made his ODI and T20I debut in 2012 against Pakistan, is one of the few bowlers to have taken a wicket off his first delivery in ODI cricket. Ever since Bhubaneswar hasn’t looked back and has made rapid progress to become team India’s regular fixture in all three formats of the game. Apart from being a match winner in the shorter formats, he has been team India’s go to pacer in Tests as well, helping India secure wins at Lord’s, Gros Islet and Johannesburg. The Meerut-born seamerv has also given a good account of himself with the bat lower down the order on numerous occasions.

He has also been one of the most consistent bowlers in the Indian Premier League where he has bagged the Purple Cap, awarded to the season’s highest wicket taker, in consecutive editions while turning out for Sunrisers Hyderabad.

An elated Bhubanewar said, “I am really excited to be associated with Baseline Ventures. They are one of the biggest names in the industry and I hope it’s a fruitful association. I have a long season ahead of me and I will hope that I can win India more matches in the coming future.”

Talking about the big signing, MD and co-founder of Baseline Ventures, Tuhin Mishra said, “He has been one of India’s most consistent performers over the years, be it at home or away. Not too many can boast of a five-wicket haul in all formats like Bhuvi and it shows what a versatile bowler he is. At 29, I feel his best years are ahead of him and we at Baseline Ventures can’t be more excited to have someone like Bhuvi join our roster of athletes we exclusively manage.”

Apart from Kumar, Baseline Ventures already have India team cricketers like Ravindra Jadeja, Prithvi Shaw and Smriti Mandhana in their ranks. The company that was founded in 2014 is one of the leaders in sports, events, entertainment and licensing in India and manage some of the biggest names in Indian sports including PV Sindhu, Pankaj Advani, Kidambi Srikanth. Earlier this year, they had also signed shooters Apurvi Chandela and Saurabh Chaudhary apart from table tennis star Sathiyan Gnanasekaran and swimmer Sajan Prakash.