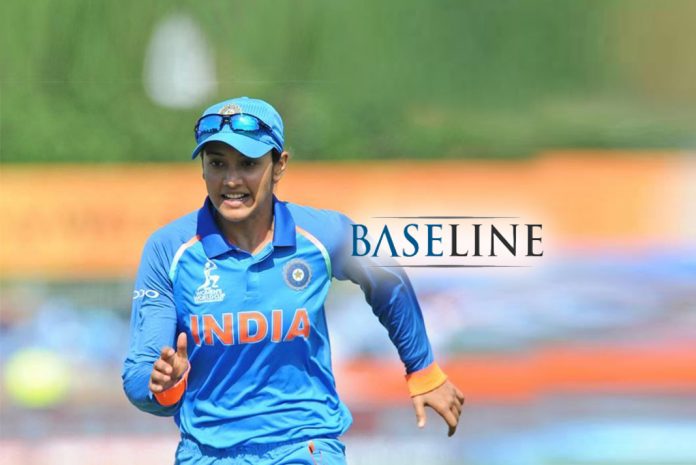 Baseline Ventures has added the dashing Indian national women team opener Smriti Madhana to the long list of sporting icons the company is representing. The 21-year-old left-handed Mumbai girl has inked a three-year contract with the company.

“I have been planning to join a good company for the past couple of years. After the World Cup many companies have approached me, but I decided to go with Baseline Ventures because of their excellent record,” says Smriti. “They have picked players selectively from each sport, for each category and have done good work with them. So, I also see good future with Baseline.”

Mithali Raj-led women team’s heroics at the ICC World Cup, where India went on to play the summit clash against hosts England, is opening the brand market for the Indian girls. Even though Smriti, after a brilliant start in the first two games has had a mixed tournament, baseline finds her to be a right choice for the brands targeting youth.

What works in her favour? “It is the ‘X’ factor. She is regarded as the next big star of Indian women cricket. She has just turned 21. And, she is one of the two Indian girls to be part of the Australian Big Bash League. She is the only Indian cricketer to figure in the ICC Women’s World XI in 2016,” says Mishra. Smriti has represented Brisbane Heats in the Big Bash League.

There are many other firsts to Smriti’s credit. She is the first Indian women cricketer to score a first class double century – a 150-ball 223 as a 17 year old, four years back. Her fan following is growing rapidly. In July her social media has witnessed a 710% rise as her followers grew up by 258,678. Virat Kohli, the most followed Indian celebrity after Prime Minister Narendra Modi, had added 56,255 social media followers during the corresponding period.

The company is also in talks with some other members of the Indian national women’s cricket team. “Work is in progress. But, I cannot comment till the deal is signed. We are very selective about whom we take on board,” says Mishra.