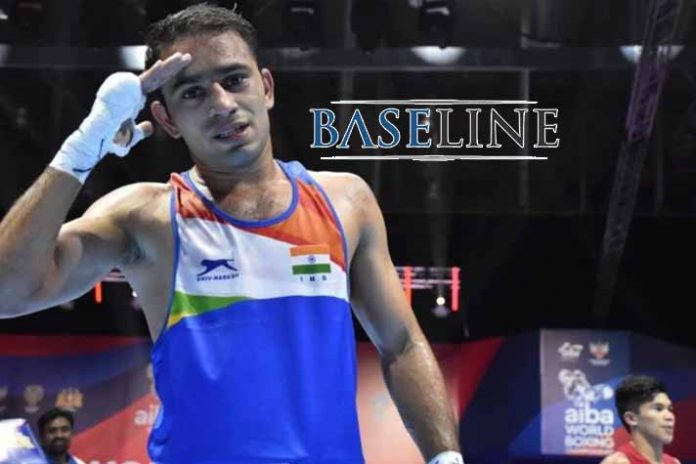 Baseline Ventures India has expanded the list of elite athletes represented by the company by signing with the management company of Indian boxing sensation who has recently crowned the silver medallist in the World Boxing Championship.

The pugilist who became the first Indian man to win the silver medal in the flyweight category at the Boxing World Championship has his eyes set on the Tokyo Games 2020. Amit made headlines when he won gold in his debut appearance at the National Boxing Championship in 2017. The 23-year-old also won the silver medal at the Commonwealth Games 2018. He is also the reigning Asian Boxing Champion having won gold earlier this year.

The athlete expressed his delight in such association. Speaking about the development, Panghal said, “I’m really excited by this development and I hope I can achieve my dream of winning an Olympic medal in the upcoming Tokyo Games. It is important for any athlete to have his concentration on the sport.”

Also Read: Amit Panghal seeded 2nd, gets bye along with three others at World Boxing C’ships

Tuhin Mishra, MD and Co-founder of Baseline Ventures and Raj Narayan Panghal, jointly said that they are happy with this development. “Panghal is one of the best boxers the country has produced and we are proud to representing him. His achievement at the World Boxing Championship is unparalleled and we want to help the boxer in his quest for Olympic glory. I’m sure Panghal will continue to the country proud in the upcoming future,” added Tuhin.

Amit’s uncle, Rajnarayan Panghal said he was happy that the athlete was being represented by a company that also represent so many illustrious athletes. “I hope Amit realizes his dream of winning an Olympic medal at the upcoming Games in Tokyo,” said  Rajnarayan.

Baseline was founded in 2014 is one of the leaders in sports, events, entertainment and licensing in India. They represent and manage some of the biggest names in Indian sports including PV Sindhu, Pankaj Advani, Prithvi Shaw, and Ravindra Jadeja among others.