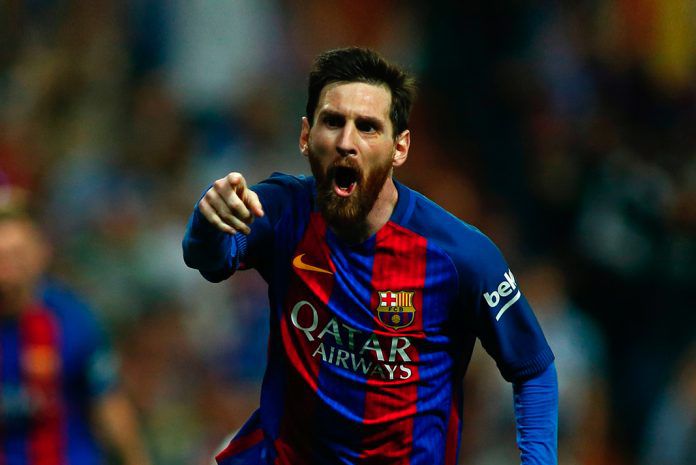 Lionel Messi is set to put pen to paper on a new contract with Barcelona. The deal would make the Argentine wizard the highest paid footballer in the world. Even higher than the richest athlete Cristiano Ronaldo of Portugal, according to a report in Spanish publication Don Balon.

The Argentine star has reportedly declined a $36.80 million first offer earlier this month. Messi has come a long way since joining Barcelona’s youth setup as a 14-year-old kid in 2001. Back then, he rapidly progressed through the ranks at the Catalan club’s fabled La Masia academy to make his first-team debut in a friendly in 2003 – Messi played for teams in five different levels in the 2003/04.

Since then, the Argentinian has embarked on a career unlike any other to arguably become one of the most influential figures in Barcelona’s history. In fact, his contributions to the Blaugranas have seen the world regarding him as one of the greatest footballers of all time.

Indeed, Messi has won everything there is to win at the club level – multiple times – while also himself winning the Ballon d’Or a record five times. And over the years, the player has consistently been one of the most prolific footballers in the world, regularly finishing among the top scorers in Europe season after season. 2016/17 turned out to be an underwhelming campaign for Barcelona as their challenge for they failed to win the La Liga and Champions League titles, but the season was highly fruitful for Messi on a personal level, as he bagged an incredible 54 goals and 19 assists in just 52 games in all competitions.

However, despite achieving many a high with Barcelona in his storied career so far, all did not seem to be well between the two parties for the longest time. With his contract with the club set to run out in the summer of 2018, uncertainty has been growing as the months have passed by.

Messi’s representatives have been in negotiations with Barcelona but there have been little developments over reaching an agreement over a new deal. The club, though, have maintained a confident stance on the issue, claiming that the Argentinian superstar would soon extend his stay at Camp Nou.

And the latest reports are in line with that view, as the Don Balon report suggests that Messi is back in Barcelona to finalise the details of his new contract with the Blaugranas after representing his country last week.

The aforementioned contract will see him leapfrog Cristiano Ronaldo to become the highest paid footballer in the world, while also easing the concerns of everyone associated with Football Club Barcelona. All that now remains is for the club to make an official announcement over a renewal.