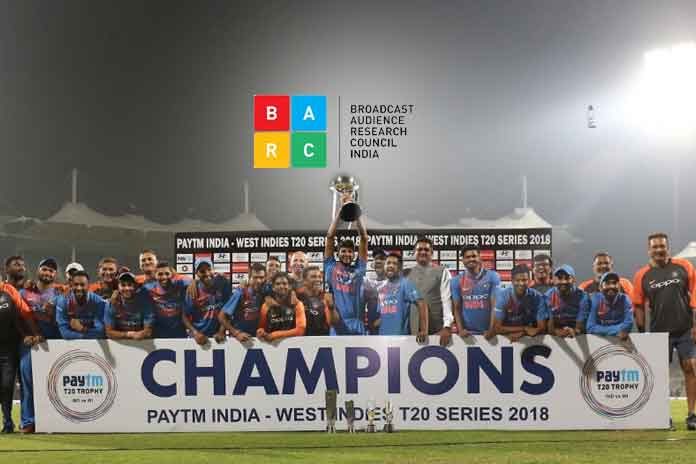 The third and last T20 International between India and West Indies, the only live content involving the Indian cricket team, as the sports genre driver occupies the top five shows position for the week for live Hindi and English broadcast, simulcast on DD Sports and the review shows on DD Sports and Star Sports 1 Hindi respectively. Live broadcast of the match on Star Sports 1 Hindi as the No. 1 show for the week is the only gainer. For the remaining top 5 spots, the significant decline in impressions will leave the broadcaster, sponsors and other stakeholders worried.

The absence of live cricket content, except for the India-Windies T20I has also led to a massive fall in the gross impressions for the top 5 sports channels. Star Sports First, however, made some gains as the free to air space audience bounced back from DD Sports for there being not enough quality cricket.

However, sports is set to make major gains next week on the strength of the first two T20 Internationals on the India’s tour Down Under. The gain now will go to Sony, Cricket Australia’s sole and exclusive media rights holder for the Indian sub-continent.

Star Sports after having dedicated the Hindi movie channel Star Gold and a new campaign with Mahendra Singh Dhoni will be expecting enhanced numbersn for Pro Kabaddi, which has left a lot to be desired by its own standards.