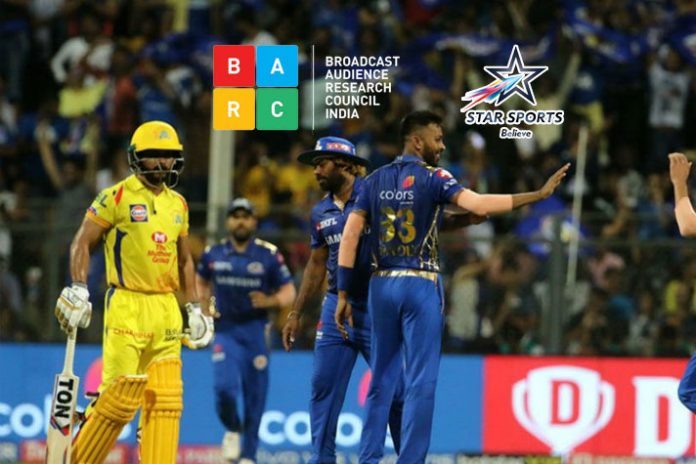 Is Indian audience losing interest in Indian Premier League? Yes. If the television audience ratings agency Broadcast Audience Research Council (BARC) data is to be believed. In a week that has witnessed intensified heat and intrigue around teams’ qualification to the knock stage, most watched sports genre channel Star Sports 1 Hindi has lost around 15% impressions over the previous week.

All through the IPL 2019, Star Sports 1 Hindi has been the most-watched sports genre channel and on several occasions most watched Indian television channel across all genres.

The decline in IPL audience on Indian television is also evident as gross impressions for the most-watched sports genre shows, which are live broadcast of the IPL matches, has crashed for Week 18 (April 27-May 3) for the respective positions in the top five BARC ratings chart. Although, it is yet again an absolute IPL and Star Sports 1 Hindi domination in the top 5 positions for the most-watched sports genre shows.

Even as there is no change in the position of the top five sports genre channels, the sports audience has recorded an overall dip during the week. The fall is also attributed to the election fever in the country as Prime Time news shows draw audience away from any other genre.

Star Sports 1 Hindi and the channels banking on the IPL strength may lose more eyeballs over the next few weeks as there are no match days between the qualifier and eliminator round games. The BCCI has roped in a mini, three-match women’s league during the knockout phase of the IPL but that still lacks the potential to draw big audience to television or the ground.