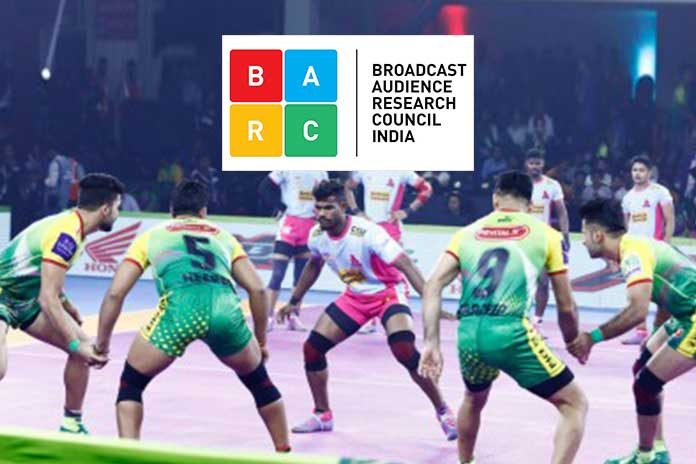 Pro Kabaddi League has been the face saver for sports genre on Indian television which like the Indian automobile sector is facing a constant downslide in audience ratings for the past few weeks. The second and the last Test on India’s tour of the West Indies have given Sony Ten better ratings, but kabaddi wins hands down in the Week 35 (August 24-30) ratings in the Broadcast Audience Research Council of India (BARC) ratings.

Pro Kabaddi League continues to rule the most watched sports genre programmes’ charts with two games emerging in the Top 5 shows table on the both Star Sports 1 Hindi and Star Sports First screens. The aggregate impressions for the matches involving Jaipur against Telugu and Mumbai respectively will beat the No. 1 most-watched Patna versus Delhi tie on Star Sports 1 Hindi hands down.

Star Sports First and Star Sports 1 Hindi for the third consecutive week are the top two most-watched sports channels for the week, courtesy PKL LIVE broadcast. However, the broadcaster will still have reasons to worry as the slide in the gross impressions for the channels continues unabated.

In contrast, Sony Sports Network channels Sony Ten 3 and Sony Ten 1 have made significant gains in the third and fourth positions respectively.

Star Sports channels though have lost out on impressions in each of their top five positions.

PKL seems well poised for yet another week of excellence in BARC ratings. But a bigger challenge from cricket cannot be ruled out as Week 35 ratings between August 31 and September 6 will also have numbers for the India’s last Test on the West Indies tour, which will include Hanuma Bihari’s resilience, Indian seamers’ fiery spells and India’s absolute dominance in the middle.