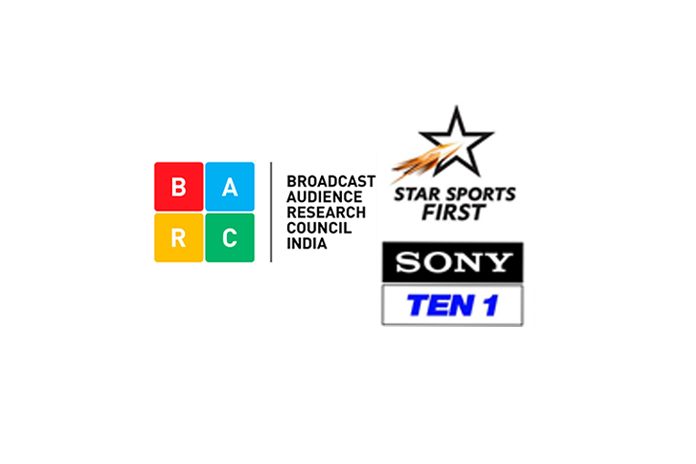 Sony Pictures Network has consolidated its position as the leader in the No. 1 sports genre broadcaster in India.

The Week 31 (July 20 to August 3) Indian television audience ratings released by the Broadcast Audience Research Council (BARC Ratings) have three Sony Sports Cluster channels atop the most viewed sports-genre channels for the week. Sony Sports channels have also swept all the Top 5 positions for the most-watched sports shows for the week.

The live broadcast of the England-India first Test with the Hindi commentary has repositioned Sony Ten 3 as the No. 1 sports channel for the week with 12,94,30,000 impressions. Sony Six, boosted by the Live world feed to the Test, is placed second ahead of Sony Ten 1, which has benefited from its dedicated WWE viewers. Free to air Star Sports First and Star Sports 1 Hindi are the other two top five channels in the BARC ratings. 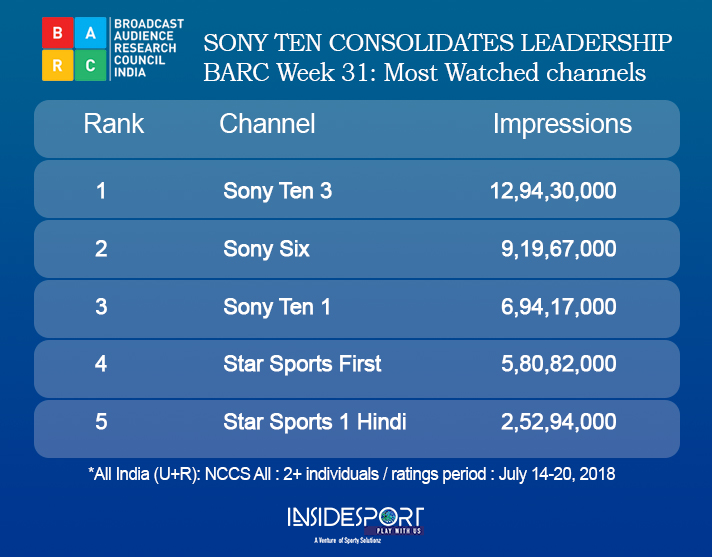 Live Cricket and WWE complete the Sony Sports Cluster clean sweep in the sports genre most-watched top 5 list. After the Hindi and English live broadcast of the Edgbaston Test, the match analysis Hindi programming – Kent RO Extra Innings – is third most watched sports programme for the week, followed by WWE RAW and the WWE Main Event on Sony Ten 1. 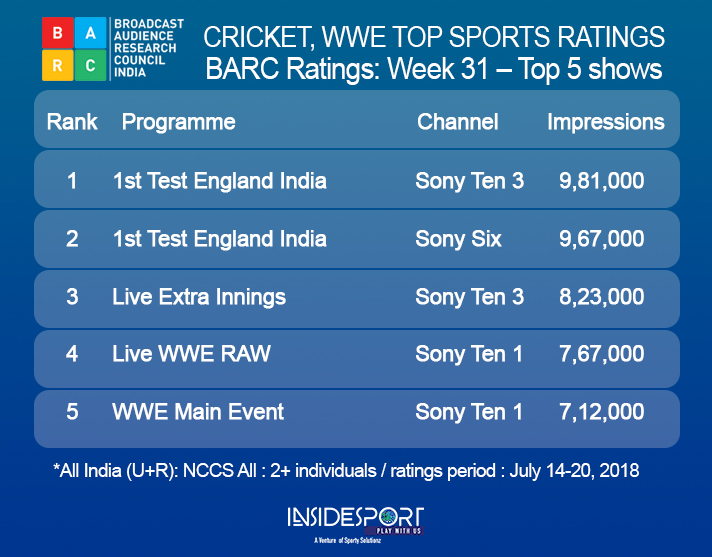 Sony Sports Cluster is likely to rule the stage with some more dose of cricket over the next week, which will include the deciding fourth day of the Edgbaston Test and the first two days of the next match at the Lord’s where India will be determined to bounce back and level the series.