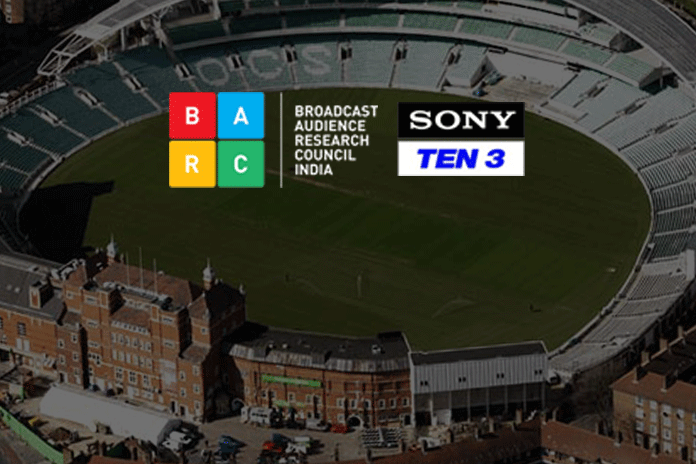 Sony Sports Networks has consolidated its position atop the Broadcast Audience Research Council ratings chart for the sports genre in India. The fifth and final Test between England and India and constant driver for Sony Sports Network ratings – WWE RAW – were the main contributors.

Irrespective of the lost significance and threat of yet another defeat in the inconsequential match, the Oval Test ratings enabled Sony Ten 3 to be the No. 1 Sports channel for week 37 (September 8-14) with over 10% gain in total impressions. The English language broadcast of the Test has helped Sony Six hold on to its second position, followed by Sony Ten 1, the screen for WWE RAW excitement in India. Star Sports First and Star Sports 2 are the other two channels in the top 5 chart for the week. 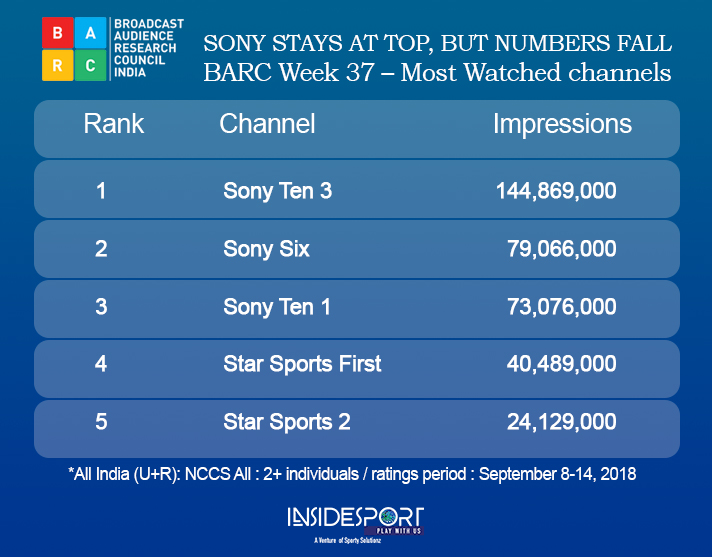 Cricket and WWE content on the Sony Sports Cluster platforms have topped the Top 5 chart for sport genre shows. Even as the Indian team has put a disastrous performance in the Test series in England, the ardent Indian cricket fan stayed tuned to the live broadcast of the Oval Test, which India lost by 118 runs. Centuries by KL Rahul and Rishabh Pant in the last innings were the only consolation and major attraction that put the Oval Test among the most watched sports genre show for the week. 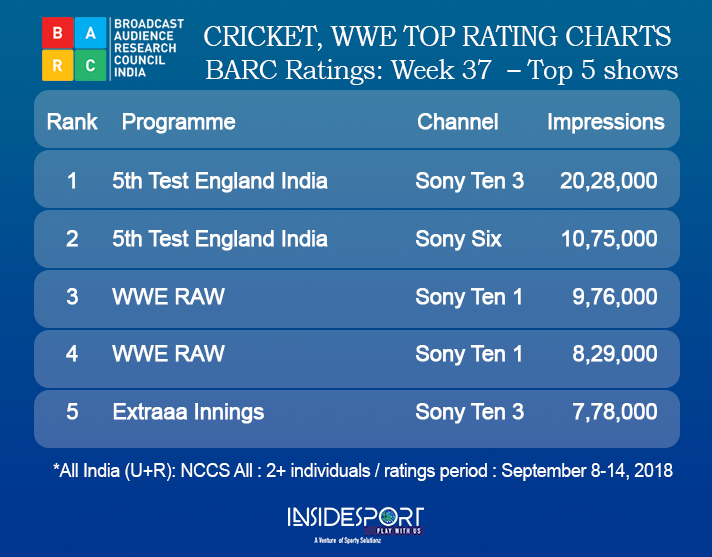 Star Sports team will be eagerly looking forward to the next week ratings when India’s leading broadcaster is all set to return to head the BARC ratings charts. Sony for a while will have no significant cricket, while Star Sports will make major gains from the ongoing Asia Cup in Dubai and Abu Dhabi. Sony though will keep marking its presence with the WWE and its rich basket of European football content.