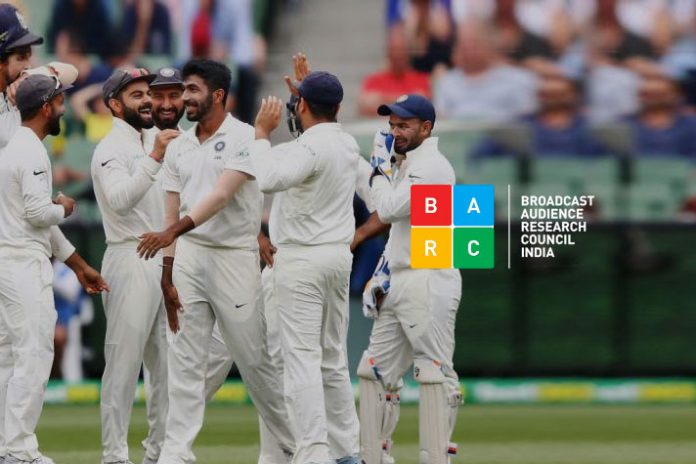 Pro Kabaddi live broadcast for the fifth successive week steals the show for highest viewership in a given half-an-hour of live broadcast on Indian Television. But Australia-India Boxing Day Test and the first two days of the fourth and final game at Sydney have been the clincher as Sony Sports Cluster channels – Sony Ten 3 and Sony Six – start the New Year in the top two positions with a healthy lead.

India’s win over Australia in the Boxing Day match for the 2-1 lead that eventually paved the way the historic Test win Down Under has consolidated Sony Ten 3 and Sony Six in the top two slots respectively. Even as Pro Kabaddi looked ahead on the most-watched sports genre shows table, Australia-India series exclusive broadcaster for India, Sony Pictures Network and brands are upbeat with the Test match ratings.

“Overall the (Test) series has been very good for us from the sales perspective. Irrespective of the timings, the brand interest in Australia was very high because the India-Australia series is as intense as the India-Pakistan used to be once. The level of interest for India’s series win in Australia was exceptionally higher,” SPNI president Rohit Gupta told insidesport.co.

“It has been an excellent Test series for us from the viewership and the commercial perspective.”

The week ahead will be an intriguing one from the ratings perspective. There is only one day of kabaddi action – the final on January 5 – while the spirits for the Sydney Test were dampened by rain.