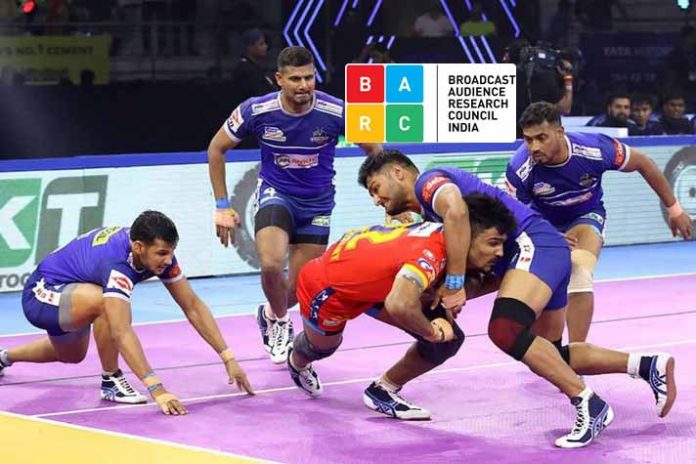 Star Sports 1 Hindi continues to be the undisputed sports genre leader even when there is no LIVE cricket featuring Team India. Pro Kabaddi League games have kept Star Sports network channels ahead in week 40 (September 28 to October 4, 2019) of the Broadcast Audience Research Council (BARC) ratings.

Star Sports First in the second position has lost more than 20% eyeballs. In other significant changes, DD Sports crashes out of the top five table for the most-watched sports

The upcoming week will have ratings for India’s absolute domination on the first three days of the Pune Test against South Africa, which has seen some lethal bowling on the back of record 254 from Virat Kohli and a back to back ton by Mayank Agarwal. With the kabaddi league also entering the deciding round, the Star Sports cluster is well poised for impressive gain in numbers.

BARC Ratings: 40-over action in India puts cricket back on top