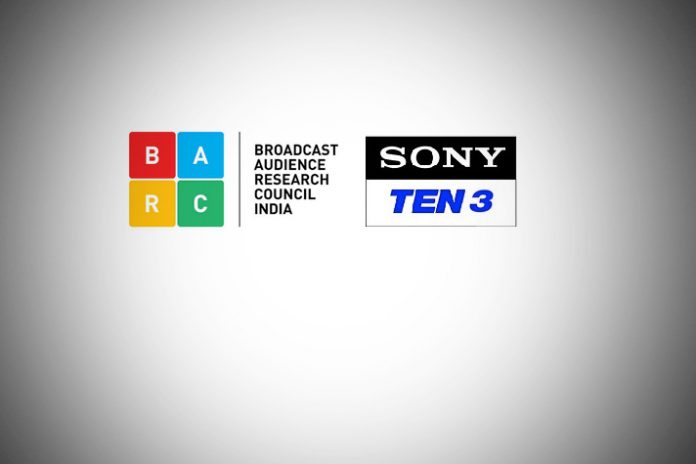 Virat Kohli-led Indian Cricket team’s triumph in the Headingly Test and the strong WWE-RAW fan following has consolidated Sony Network channels’ position as the sports genre leaders in the Indian television audience. Even during the week when there was considerable interest in Indian athletes’ performance at the ongoing 18th Asian Games in Jakarta and Palembang, cricket and WWE RAW have registered better viewership than the Asiad.

Sony Ten 3 has consolidated its No. 1 position with almost a 300% rise in gross impressions over the previous week, thanks primarily to Virat Kohli & Co’s resurgence in the third Test at Headingley. Asian Games Hindi broadcast too has added to the Sony Ten 3 numbers. Sony Ten 1 has benefited from the strong WWE Summer Slam and WWE RAW audience, with gross 130,485,000 impressions for week 34 (August 18 to 24) on the Broadcast Audience Research Council of India television ratings. The channel in the previous week had a mere 53,240,000 impressions for being the same second position.

Sony Six returns to the No. 3 position on demand of the English broadcast of the Headingley Test while Star Sports 2 is out of the Top 5 chart. 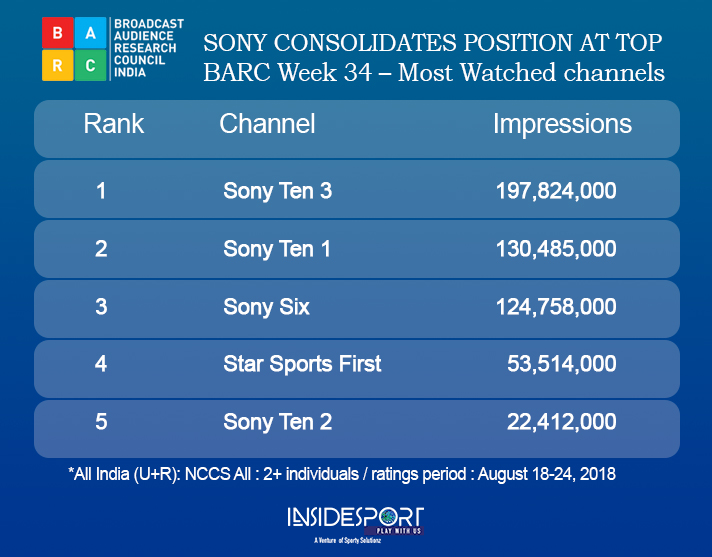 India’s overall domination in the Headingley Test on Sony Ten 3 had topped the table for the most watched sports genre show, followed by the WWE Summer Slam on Sony Ten 1. All the top five sports programmes spots are captured by the Sony Sports Cluster channels. 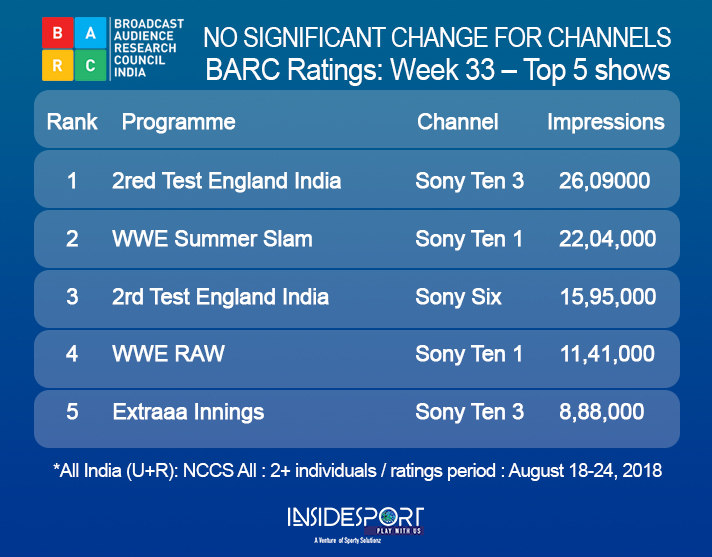 The next week’s ratings will be a real testimony to the Olympic sports live content consumption in India when audience data for Indian athletes winnings performances at the 18th Asian Games in Jakarta and Palembang will be out. However, first two days’ action at the Southampton Test between India and England will again be giving Sony Pictures Network the comfort of leadership in the sports genre BARC ratings.