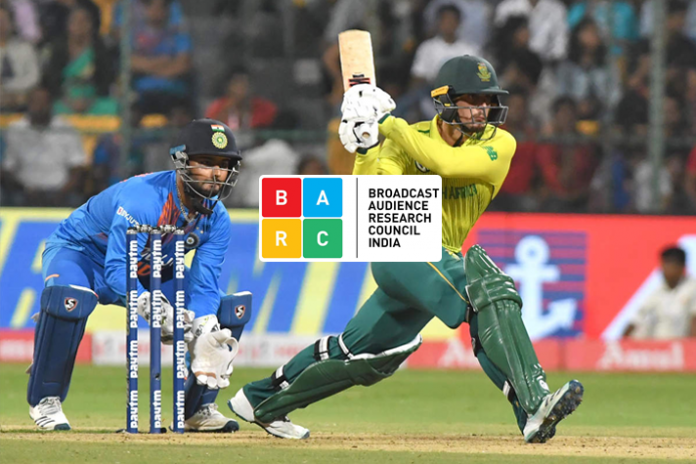 Star Sports continues to rule the Indian television viewership ratings for sports genre on the strength of the third T20 International between India and South Africa and the Pro Kabaddi League live-action.

The week 39 (September 21 to 27, 2019) Broadcast Audience Research Council (BARC) ratings have numbers for the LIVE broadcast of the third T20 International between India and South Africa. The match tops the table as the most-watched sports genre program for the week with 90,06,000 impressions on Star Sports 1 Hindi. Simulcast of the same match on DD Sports is placed second on the top five chart, albeit numbers for the State broadcaster have fallen drastically.

Star Sports 1 Hindi and Star Sports First, top among the most-watched sport channels, have lost out in eyeballs in spite of holding on to the first and the second positions respectively.

In the only significant change among the top 5 most-watched sports genre channels, Sony Ten 1 has moved up from the deck of the table, relegating DD Sports to the fifth position.

The upcoming week will have no significant cricket action for Indian auction. With PKL matches in a decisive phase to determine the knock out berths, Star Sports Hindi and Star Sports First appear well-poised to hold on to their domination. A fall in eyeballs for Star Sports 1 Hindi is a certainty, whereas Star Sports First might well top the chart for the week.