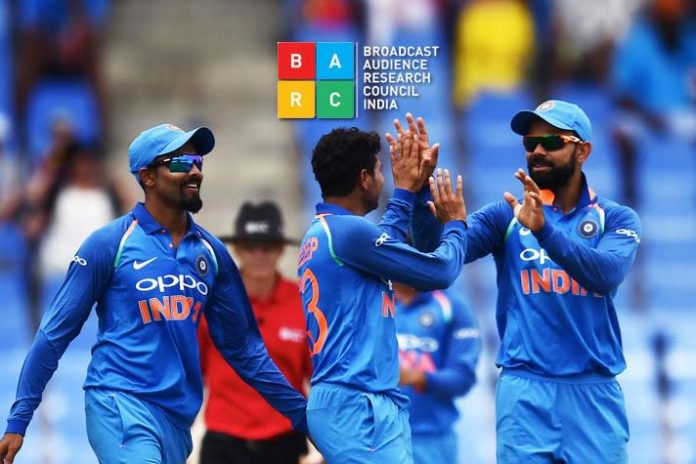 Sony Sports Cluster has reigned supreme in the Broadcast Audience Research Council television viewership ratings for the sports genre during the week between January 12 and 18. The one-day international series between Australia and India has enabled Sony Ten 3 gain over 300% impressions as the number one sports channel for the week.

The second one-day international at Adelaide won by India to restore parity in the three-match series has been the most watched sports content for the week. The live broadcast of the game with Hindi programming on Sony Ten 3 is the No. 1 sports genre show for the week (5,744,000 impressions). The English language feed for the match on Sony Six has been in the No. 3 position with 4,995,000 impressions.

The decider at the Melbourne Cricket Ground comes next in the second (Sony Ten 3) and fifth (Sony Six) while audience’s disappointment on India’s defeat in the opener at the Sydney Cricket Ground has led to the match being in the fifth position.

Among the sports genre channels, this has been the week of Sony Sports Clusters. Sony Ten 3, Sony Six and Sony Ten one have been in the first, second and fourth positions respectively. Sony’s shared feed of the ODI series Down Under has enabled Doordarshan jump to the third position. Star Sports First has moved down from the third position to remove Star Sports 1 Hindi from the top five chart.

The upcoming week will see a major shift in the position of the most watched channels as Star Sports will have the advantage of India’s ODI series opener in New Zealand and Sony will be banking on the power of wrestling.