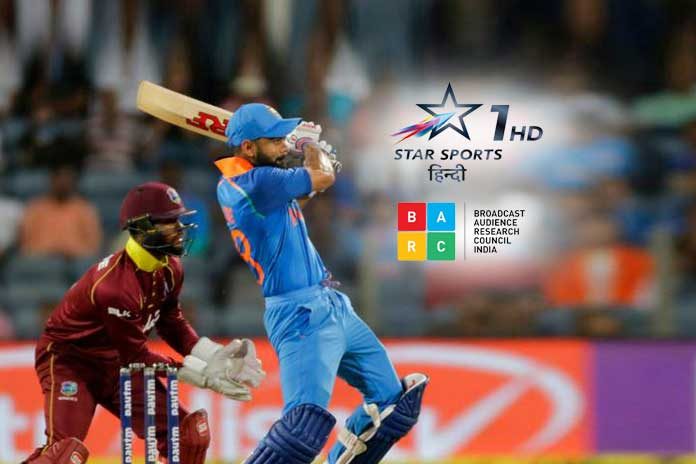 A mere two cricket games – India’s win on October 21 at Guwahati and the tied match in Vizag on October 24 – proved to be worthy enough to grab all the Top 5 programmes position it held in the previous week.

Such is the difference between the audience base for live cricket and any other sport in India, that every time there is a challenge from cricket the other sport will find it hard to figure among the top of the top audience charts even if these disciplines hold on to their dedicated audience base, always marginalised by cricket. While kabaddi in the previous week as the No 1 show had registered 33,85,000 impressions, the numbers for the Live broadcast of the first ODI with Hindi commentary as the leading show for the week are 80,78,000.

Cricket has got its major ratings from the Hindi Speaking Market.

Pro Kabaddi, after an impressive start, has registered a considerable decline in its ratings this season. Incidentally, two of the sport’s key mass bases – the rural market and free to air Star Sports First – have taken a considerable hit.

Courtesy cricket, Star Sports 1 Hindi and DD Sports have respectively been the two most watched sports genre channels for the week, followed by Star Sports 1 for the English language live broadcast of India-West Indies ODI series and Star Sports First for live kabaddi.

Cricket and Star Sports 1 Hindi are here to stay in the top positions a ratings as the next week will have the remaining three games of the ODI series, to be followed by the three match T20 International series between India and England.