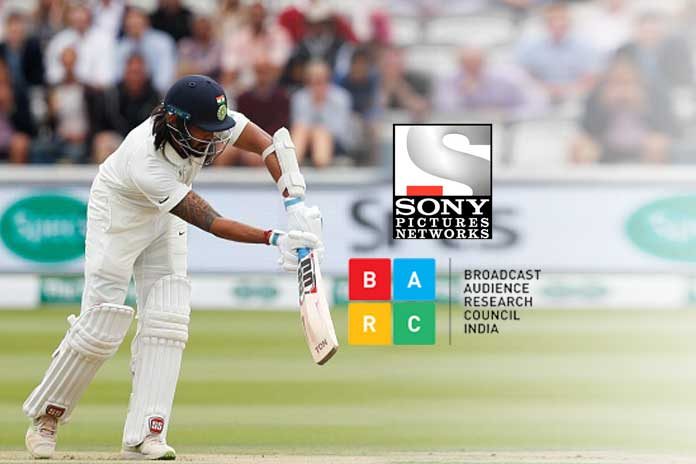 The poor quality of cricket by the Indian cricket team in England has resulted in a poor audience for the sports genre television in India.

The quality of cricket by the Virat Kohli & Co has a corresponding effect on the sports genre viewership ratings on the Indian television. The week 32 (Saturday, August 4 – Friday, August 10) ratings released by the Broadcast Audience Research Council, which included the last day’s action of the first England-India Test in Edgbaston and India’s first innings collapse at the Lord’s on Friday last, have resulted in sharp decline in the television audience for sports genre.

There is a sharp – over 50% – decline in the Sony Ten 3 gross impressions even as the channel and cricket respectively continue to be the top most watched screen and the programme for the week.  Surprisingly, though, cricket has fared better than the other hot property WWE on Sony Ten 1.

Sony Ten 3 in the number one position has registered 61,771,000 gross impressions as against 129,430,000 a week ago. All the top five channels, except for Star Sports 1 Hindi in the No. 5 position, have registered a considerable decline in audiences. The channels which broadcast cricket are hit the hardest. Sony Six has crashed from the second to the fourth position with gross impressions declining to 40,917,000 from 91,967,000 in the previous week.

The live fifth-day action from the inaugural Test of the England-India series at the Edgbaston, Headingley, remains the most-watched sports genre programme as India nursed the hope of a winning start as long as Kohli was on the crease. Thereafter, highlights of the India-Pakistan match from the 2014 World Cup on Star Sports First are watched more than the live Day One action from the Lord’s.

The next week ratings may spell more trouble for the broadcasters and the brands who have invested heavily to leverage the Indian cricket team’s Test series against hosts England. The bashing of the Kohli-led Indians will be the only live or significant cricket on Indian television to count on when the 33rd week ratings are released next week.

Though the week after may hold some promise for the Sony Sports Cluster with the 18th Asian Games in Jakarta and Palembang and a hope for the extreme optimists that India may still bounce back in the third Test with better conditions coupled with a more sensible team and shot selection.