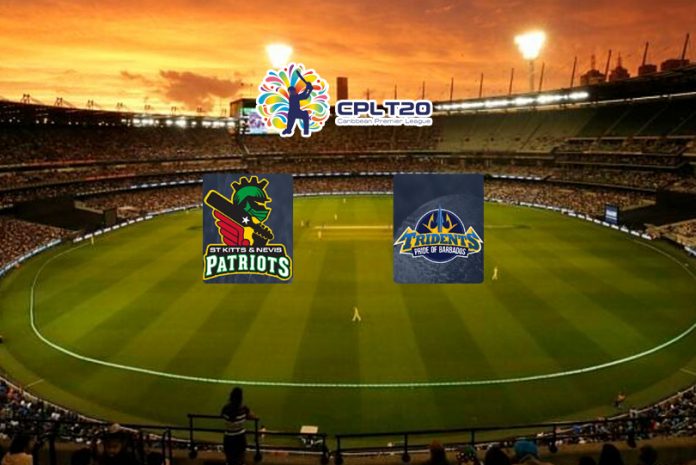 FanCode will provide a comprehensive digital experience to CPL fans through an array of features such as live streaming with interactive data overlays, real-time highlights, interactive live scores with multimedia commentary, and even provide India’s first customised commentary for fantasy sports users.

The 2020 edition of the Caribbean Premier League (CPL) is set to begin on Tuesday in Trinidad and Tobago. Owing to the COVID-19 pandemic, the first T20 league to resume after the enforced break will be played inside bio-secure bubbles across two venues. The Brian Lara Cricket Stadium will host 23 of the 33 matches scheduled, while the remaining will be played out at Queen’s Park Oval in Port of Spain.

Reigning CPL champions Barbados Tridents begin their title defence with the second game of the tournament against the St Kitts and Nevis Patriots. Jason Holder-led Tridents won only their second title last year, when they beat Guyana Amazon Warriors by 27 runs. In a bid to try and equal the record for most CPL triumphs, the Tridents have strengthened their squad during the draft. As such, they remain a force to reckon with and will be hoping to begin their campaign with a win over the Patriots.

Notably, Patriots and Tridents had the same number of points in the group stages of the competition last year. However, they endured contrasting fortunes in the playoffs, as the Patriots failed to come up with the goods during a low-scoring eliminator against Trinbago Knight Riders. Despite finishing rock-bottom in their first two seasons in the CPL, Patriots have managed to reach the playoffs in each of the last three seasons. The Rayad Emrit-led unit have also made a few notable additions to their squad and will be keen to try and win their first ever CPL title. However, they will have to start strong against the Tridents and their record over champions will keep them in good heart. Hopefully, we are in for a treat in Tarouba on Tuesday.

The Tridents made a number of blockbuster signings for the 2020 edition of the CPL. However, only Rashid Khan has travelled in time for the tournament amid COVID-19 restrictions and the likes of Alex Hales and Marcus Stoinis are set to miss out. Wahab Riaz is also unavailable due to commitments with Pakistan in England, while Harry Gurney is another notable absentee.

Jason Holder still boasts a commendable crop of players from the West Indies to choose from and can also rely on the likes of Corey Anderson and Mitchell Santner to accompany Rashid in the overseas contingent.

Fabian Allen grabbed the headlines ahead of CPL 2020 by missing his flight to Trinidad. As such, he will not be available for the Patriots. The 2017 runner-ups will also be without Rassie van der Dussen and Sunny Sohal.

However, the addition of Chris Lynn and Ben Dunk has been a real boost to the side, who have also added veteran Denesh Ramdin and the dynamic Joshua Da Silva, who went on tour to England this summer. Ish Sodhi is another star name that completes their overseas contingent for the tournament.

Players to watch out for
Rashid Khan
The Afghanistan leg-spinner is one of only two bowlers to have recorded a hat-trick in CPL history. During his meteoric rise in T20 cricket leagues all around the world, Rashid has quickly become one of the most sought after players. As such, he will have an integral role to play for the Tridents in the upcoming season. Furthermore, the absence of several key overseas players means Rashid has to step up and deliver right from the start.

Chris Lynn
The hard-hitter is no stranger to the CPL after helping the Trinbago Knight Riders win the title in 2017 and 2018. However, Lynn was released by his former team ahead of the 2020 edition and Patriots wasted no time in recruiting him. The Queenslander can rip apart any bowling unit on his day and is well aware of the playing surface in Trinidad. The Patriots could do with some of his fireworks at the top.

The 28-year-old finished CPL 2019 as the highest wicket-taker and was duly retained by the Tridents for the upcoming edition. Walsh Jr picked up 22 wickets from 9 games at an impressive average of 12.68 last year, including a five-wicket haul. He remains an integral member of the side and will have the advantage of working alongside Rashid this season. Nobody would complain having both of them as striker bowlers, least of all Holder.

Sheldon Cottrell
The lanky pacer picked up his highest wickets tally during the CPL last year, as he picked up 12 wickets from eight matches. Notably, Cottrell’s economy also improved from the previous editions and he will be keen to continue the good work that has made him a regular at international level for West Indies. The Patriots will be hoping he can hit the ground running straightaway, despite the enforced break.