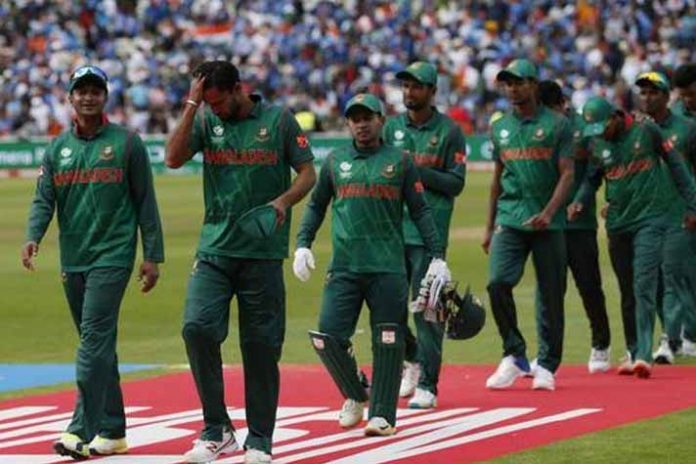 Bangladesh cricket team’s tour of India next month seems to be heading towards an unavoidable uncertainty over the prevailing turmoil in the nation’s cricket board. Bangladesh Cricket Board is going through its worst times ever amidst allegations of indulgence in “institutionalized match-fixing” and a strike by the players, who are demanding better payments.

The Bangladesh Cricket team is scheduled to play three T20 Internationals and two Tests on their month-long tour of India, scheduled to start on November 3.

A day after players, led by national team skipper Shakib al Hasan, have served a notice to not to play any cricket unless their demands of better payment and other facilities are met, former BCB chief Saber Hossain Chowdhary has leveled serious allegations that the national cricket establishment is promoting “institutionalized match-fixing”.

@BCBtigers is only national sporting body in the world that promotes institutionalised #matchfixing, #corruption. Unbelievable!! Flagged this issue many times myself. Thank you @Sah75official for your courage in exposing the truth. @dailystarnews https://t.co/JpewXPPyQi @Isam84

Shakib too had allayed similar fears, alleging corruption at the lower-tier of domestic cricket in Bangladesh. The skipper, talking about poor umpiring and the alleged favoritism in lower-tier cricket, has called for addressing the issue.

“The players sometimes get to know about the result of the match even before stepping onto the field. This is really disappointing and needs to be fixed because it concerns the career of a player,” Shakib had said on Tuesday.

Shakib along with Mahmadullah and other senior players had also announced the players’ demands at a Press conference at the National Cricket Academy in Dhaka on Monday.

With the former BCB president himself spilling more beans and claiming to have enough evidence to establish the board’s involvement in influencing the outcome of the match, uncertainty looms large about the immediate future of the sport in the country. Chowdhary besides being a member of Parliament is also a leading lawyer in Bangladesh. Thus it will not be possible for the authorities to ignore or sweep his allegations under the carpet.

Meanwhile, BCB president Nazmul Hassan has alleged that the unprecedented strike by the players seems to be a “conspiracy” to destabilize the game in the country but remains hopeful that the upcoming tour of India will go on as per schedule.

Hassan though is optimistic that the team’s India tour will go on as per schedule. “Obviously I hope that the camp will go on. The India series will take place. I believe that most of the players want to play. They want cricket to develop. I don’t believe that they will bring the country’s cricket into disrepute due to a small sum of five thousand taka. But we will see what happens,” Hassan has said.

Poor TV ratings wake up BCCI; no cricket on Diwali

The BCCI has maintained that it would adopt a wait and watch policy for now and is hopeful of an amicable solution to a matter which is completely internal.

Bangladesh is scheduled to play three T20s and two-Tests in India starting November 3.

While players strike might be an “internal matter” for the BCB and the cricketers to resolve, the allegations leveled by Chowdhary can potentially have a deeper effect, should International Cricket Council and the law-enforcing agencies take note of the allegations, which are very, very serious in nature.

In India, the national selection committee is meeting tomorrow (Thursday) to pick the teams for the series against Bangladesh.

But a question mark on the series is not ruled out amidst the prevailing situation in the Bangladesh Cricket Board.

Always wanted to make a mark in Test cricket: Bumrah