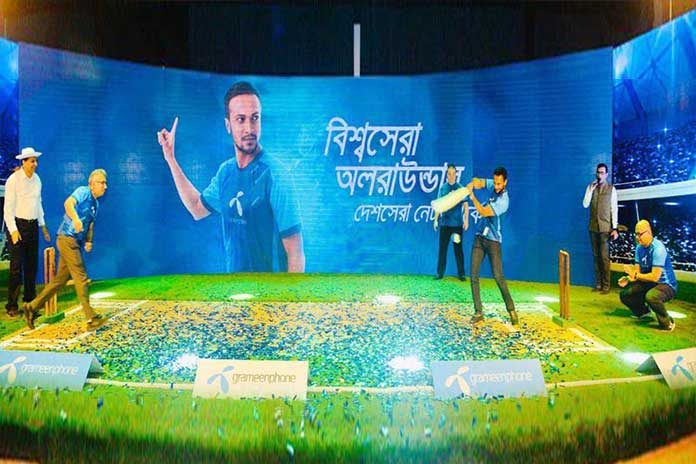 Bangladesh’s domestic cricketers might be reaping benefits from the players’ protest but their national captain Shakib al Hasan has been caught off-guard with the board mulling legal action for violation of central contract.

With Bangladesh set to leave for the all-important India series in the next few days, the BCB’s strong stance could certainly affect the morale of the team.

According to a report in Cricbuzz, Shakib has signed a deal with noted telecom company ‘Grameenphone’, which is in violation of the central contract clause. “BCB president Nazmul Hasan said that they will take strict action if he is unable to provide a satisfactory reply. Grameenphone, the local telecom giants, announced on October 22 that the country’s leading all-rounder joined them as their brand ambassador,” Cricbuzz reported.

“Robi (Telecom) was our title sponsor and Grameenphone did not bid and instead they grabbed few cricketers by paying them TK One or Two Crores. What happened in the end? The board lost TK 90 Crores in three years,” he said.

“We are going into legal action. We cannot spare anyone in this regard. We will ask for compensation. We will seek compensation from the company as well as from the player,” Hasan said.

“I heard about it (on October 23) and asked to send legal notice to Grameenphone to claim compensation. I asked to send a letter to Shakib for explanation. We must give him a chance to show he didn’t break the rule. To us it seemed that it was something like ‘give a damn to the board’ and if that is the case we will take tough action,” he added.

According to leading Bengali daily, Prathom Aalo reported that in the first division League, players will be getting Rs 70,000 instead of the earlier Rs 35,000. In the second division cricketers they will get Rs 50,000 compared to Rs 25,000.