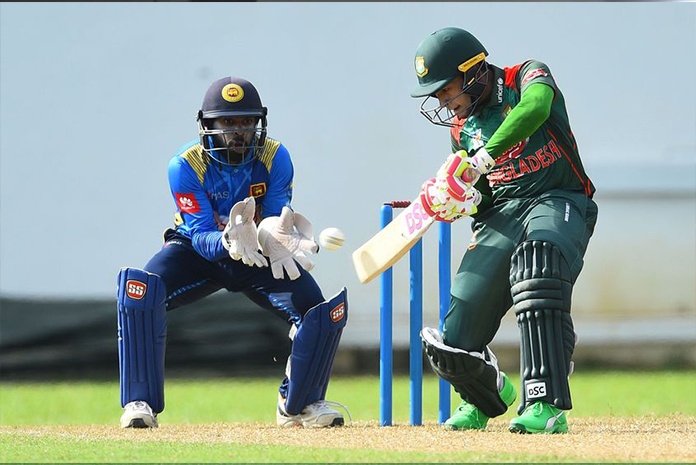 Bangladesh’s pending Test series against Sri Lanka could be rescheduled in October, the month when Indian Premier League (IPL 2020) is being hosted in UAE. But the rescheduling of the series will have little impact on the IPL season as none of the Bangladesh cricketer has been picked by the league franchises this season.
Even in regard to the Sri Lankan cricketers, only two from the Island nation are in the IPL squads and both should be relieved by Sri Lanka cricket as they are not part of the test teams. Mumbai Indians has Lasith Malinga in their squad and all-rounder Isuru Udana is part of the Royal Challengers Bengaluru team. Both should not face any challenge getting no objection certificate from SLC to play in IPL 2020.
Also Read : https://moneyball.insidesport.co/ipl-index.php
Check IPL Moneyball for all information about IPL players performance and salaries
Bangladesh vs Sri Lanka  getting rescheduled in IPL 2020 month
Originally, Sri Lanka was scheduled to host Bangladesh in the month of July for 3 test series but due to Covid19 the series will be now pushed to October. The Bangladesh Cricket Board (BCB) CEO Nizamuddin Chowdhury is  looking to “work around with our schedule” after the postponement of the T20 World Cup.
According to ESPNcricinfo, the pending three-match Test series between Bangladesh and hosts Sri Lanka could be rescheduled to October, if talks between the BCB and Sri Lanka Cricket (SLC) come to fruition.

Due to the coronavirus pandemic, the International Cricket Council (ICC) on Monday announced the postponement of the T20 World Cup which was scheduled to take place in Australia from October 18 to November 15 this year.

Meanwhile, SLC has refused to give no-objection certificates (NOC) to several Sri Lankan Cricketers to play in the upcoming Caribbean Premier League (CPL).

According to Sri Lanka Cricket sources, Dasun Shanka, Avishka Fernando, Wanidu Hasaranga & Bhanuka Rajapaksa were among the players who had requested for NOCs to play in the CPL.

Although no Sri Lankan Cricketers were picked in the CPL original draft, CPL franchises have approached Sri Lanka players as replacements as several international cricketers have pulled out of the tournament which is starting next month.

SLC officials have refused NOCs for the players based on assumption that there is still a possibility to play the Lanka premier league T20 tournament in coming months.