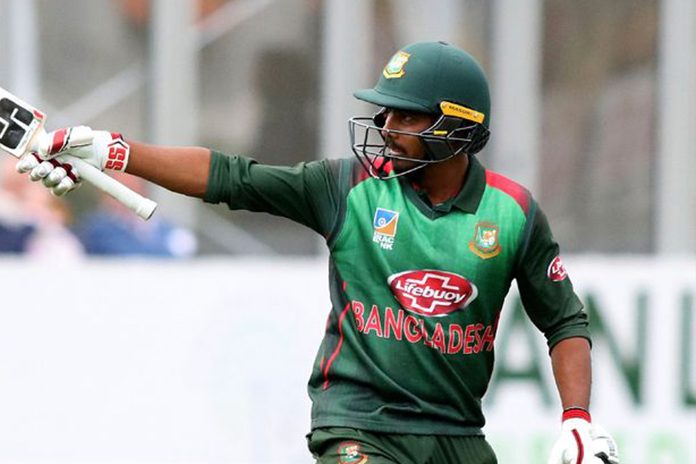 Aclinical Bangladesh eased to a historic victory over West Indies to maintain their unbeaten record and lift the tri-Series final trophy.

Mosaddek Hossain’s blistering 52* off 24 deliveries was enough to carry his side over the line by five wickets in a rain-curtailed tri-series final at the Malahide, Ireland. Bangladesh had won all four of their group matches in the tri-series, including consecutive wins against West Indies. Mosaddek’s blitz in the final included five sixes, three off Fabian Allen in the 22nd over that went for 25 runs, leaving them to score just 2 runs in the final 2 overs. Mahmudullah hit the winning runs in the next over as the Asian team cruised to a comfortable victory with seven balls to spare.

After winning the toss and electing to field first, Bangladesh failed to dismiss Windies’ in-form opening pair of Hope (74) and Sunil Ambris (69*) early as they plundered 144 runs for the first wicket. The West Indies had raced to 131/0 in 20.1 overs, scoring at nearly seven runs an over before the rain interrupted play.

After a lengthy rain delay, West Indies were left with only 3.5 more overs to bat. With their momentum lost, the men from the Caribbean managed to score only 21 runs, finishing on 152/1, setting Bangladesh a target of 210 in 24 overs after DLS revision.

Tamim Iqbal(18) and Soumya Sarkar(66) got the Bangladesh innings to a flying start with a 59-run partnership, which included three maximums as Ashley Nurse and Kemar Roach battled to reign-in the rampant openers. It was not until the sixth over, when Tamim Iqbal holed out to Jason Holder in the deep, that the Windies started clawing back. Tidy overs from Raymon Reifer (2/23) and Shannon Gabriel (2/30) threatened to pull things back in the Windies favour in the middle overs before Mosaddek Hossain persisted bringing the equation down to 27 in three overs, 25 of which he scored with two overs to spare.

Bangladesh’s victory gave them their first triumph in a multi-national tournament.