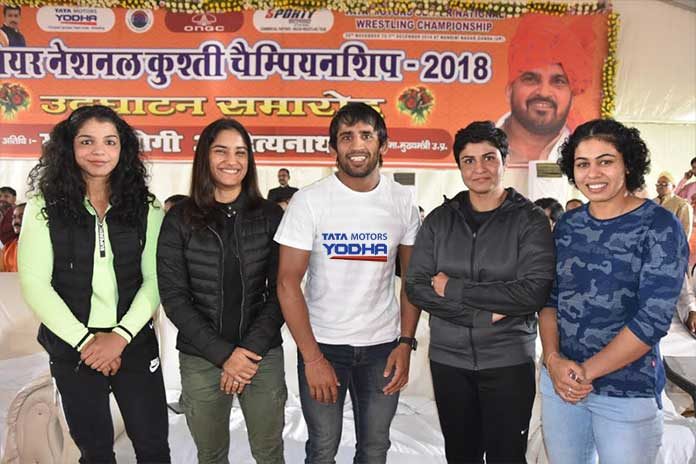 The leading wrestlers in the country will now be financial secured by the Wrestling Federation of India. In a first for Indian Olympic sports, the WFI has announced annual central contracts to the leading Indian wrestlers.

Keeping performance as the only yardsticks, the WFI has graded 24 senior players for the central contracts which came into effect from November 15. The WFI initiative is aided and supported by their commercial partners, Sporty Solutionz. In the first year there will be 144 beneficiaries in total, including the most promising junior talent.

Bajrang Punia, Vinesh Phogat and Pooja Dhanda, who have been put in the ‘A’ category, are the top beneficiaries from WFI’s initiative to assure financial security and professional growth of the wrestlers. The others elite wrestlers have been divided in four other categories – B to E.

The three marquee athletes will get an annual retainership of ₹ 30 lakh, besides other benefits.

In a glittering inaugural ceremony of the Senior Nationals at Nandininagar, Gonda, UP, where Honb’le Chief Minister Yogi Adityanath was the chief guest, WFI chief Brij Bhushan Sharan Singh has officially announced the central contracts to the wrestlers. The WFI, thus, becomes first national sports federation under the aegis of the Indian Olympic Association to grant annual contracts to its athletes. 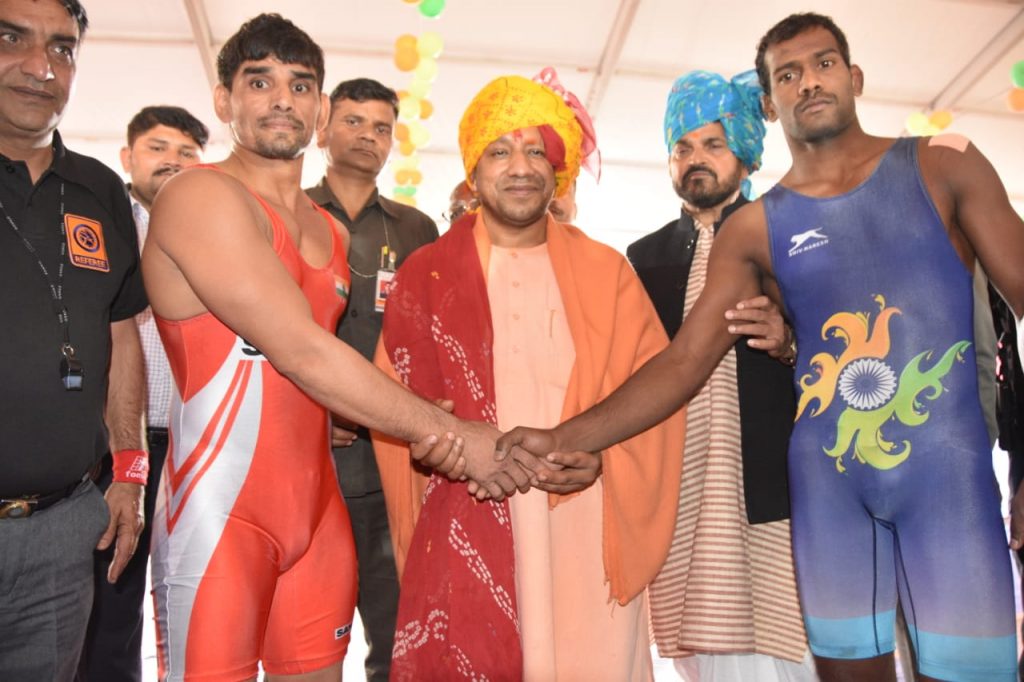 Only, the Board of Control for Cricket in India has been doing this in the past.

Speaking on the occasion, Brij Bhushan Sharan Singh said that 144 grapplers, including those at the grassroots level, will receive funds under different slabs of the scheme. WFI is the only Olympic sport body that has taken such an initiative for the benefit of its wrestlers on the lines of BCCI’s central contract system for players.

“Wrestling can’t get better than this. The central contracts system is a big boon and will boost our morale,” said Bajrang Punia. Echoing his view, Vinesh said: “It (the money) will motivate us more than ever and it provides a good competition among wrestlers.”

“Our idea is to give maximum benefits to wrestlers, right from the ones who are on national duties and performing consistently to the ones who show the potentials to take this legacy forward. The money will not only give them sustenance but also motivate to keep doing well at all levels, especially internationally,” said the WFI President. “With all their needs addressed and a financially-secured present, the players can freely focus on their training and pursuit for excellence.”

Rahul Aware, Naveen, Utkarsh kale, Sachin Rathi, Vijay, Simran, Manshi and Anusha are part of Category D and are entitled for ₹5 lakh each, while Navjot Kaur, Kiran, Harpreet Singh and Jitendra will get ₹ 3 lakh each, having been placed in Grade E.

The WFI, keeping the future in mind, will support 120 boys and girls, who have been placed in grades F, G, H and I where the U-23, Junior, Cadets and U-15 will reap the benefits for the development and growth programmes. In Grade F, WFI has kept all Under-23 National-level gold medal winners across all categories and these wrestlers will get an annual stipend of ₹1.2 lakh, thereby each of them collecting ₹10,000 per month.

Harping on the central contract system, the WFI president said that it gives the wrestlers a guaranteed annual income and “we are ever thankful to Tata Motors, who are on board as the principal sponsors.

“When we roped in Tata Motors, the idea was to give the best of facilities to our wrestlers – be it training, coaching or exposure trips – but the principal sponsors have given us the money and encouragement to share the spoils with the players, who are the mainstay,” said Ashish Chadha, CEO, Sporty Solutionz, WFI Commercial Partner.

The overall grading of wrestlers is purely based on the performances in the World Championships, Olympics and Asian Games, the London and Rio Games as well were taken into considerations.

The contracts handed out to the wrestlers will, in no way, hamper or undermine players’ individuals contracts with their private sponsors. “The wrestlers are free to receive any prize money and grants from other sources,” added the WFI President at the sidelines of the Wrestling Nationals opening ceremony.