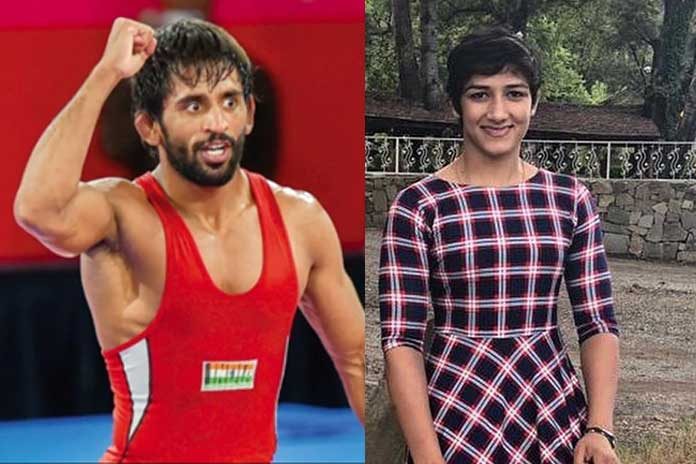 World number one wrestler Bajrang Punia will soon tie the knot with grappler Sangeeta Phogat, youngest of the Phogat sisters.

The wedding ceremony is likely to take place after the 2020 Olympics in Tokyo.

Bajrang, the 65-kg category wrestler, and Sangeeta, who is a former national medalist in the 59-kg weight category, have communicated to their families regarding their decision to marry, a member of the Phogat family told IANS.

Sangeeta’s father Mahavir Singh told the media that it was the wish of the children and “we respect their feelings”.

Bajrang and Sangeeta have been in contact for the past three years, Mahavir Singh has confirmed to media. “Ours and Bajrang’s family know each other now. Talks are on, but no decision has been taken regarding the wedding so far. I have always respected the feelings of my children and final call about this relationship will be taken by them,” he said.

The Punia and Phogat families have reportedly met on Sangeeta’s birthday and discussed about the wedding.