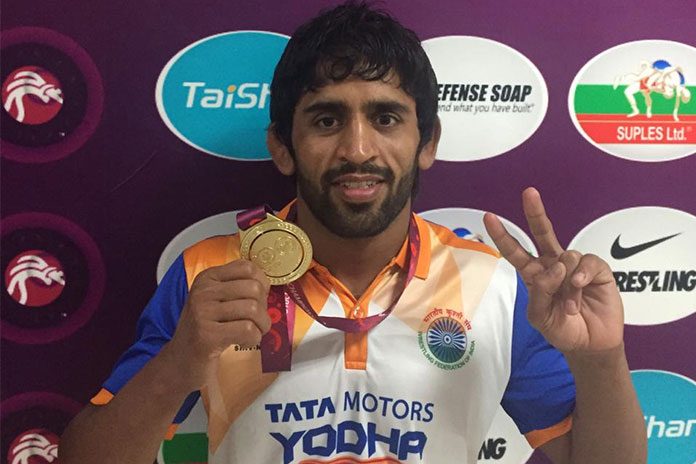 Fresh from his Asian Championship title triumph in X’ian, China, Bajrang Punia is set to perform on the big stage of Madison Square Garden in New York.

Bajrang has been invited by the USA Wrestling, the governing body for the sport in the USA, and he has secured a nod from the Wrestling Federation of India to appear in the “Grapple at the Garden – Beat the Streets” fight night, scheduled for May 6.

Bajrang is the first Indian to be invited by USA Wrestling to participate in the fight night. “This will be a 65 kg Olympic style freestyle bout against the US national champion Yianni Diakomihalis. Except for the huge crowds that I have heard gather at the Madison Square Garden, there will be nothing new,” Bajrang told Insidesport.co from Republic of Dagestan, Russia, where he has been training with his coach Bentinidis Shako.

“I will be the first Indian to compete at the “Grapple at the Garden – Beat the Streets”. This is an honour. I am also taking this as an exposure trip at the big stage as nothing excites me more than the roar of the crowd at a wrestling arena,” Bajrang said. “New York has a huge Indian population. I am expecting good support for me.”

The two-time US national champion Diakomihalis has not lost any of his last 47 bouts. Bajrang too is on a winning spree having captured eight crowns in his last nine international appearances, which include the Gold Coast Commonwealth Games, Jakarata Asian Games and the Xian Asian Championship gold medals.

An upbeat Bajrang says the invite “is a recognition for India’s might in wrestling. Earlier, I was also invited for the German League. These new experiences contribute to my growth as a wrestler.

“I was not expecting this call. As the opportunity came, I informed the WFI and they readily allowed me to go for the big bout,” said Bajrang.

Recently, boxer Vikas Krishnan has won a professional bout at the Madison Square Garden against Noah Kidd of the USA.

PM Narendra Modi on his maiden trip to the USA in 2014 had addressed a huge gathering at the Madison Square Garden.