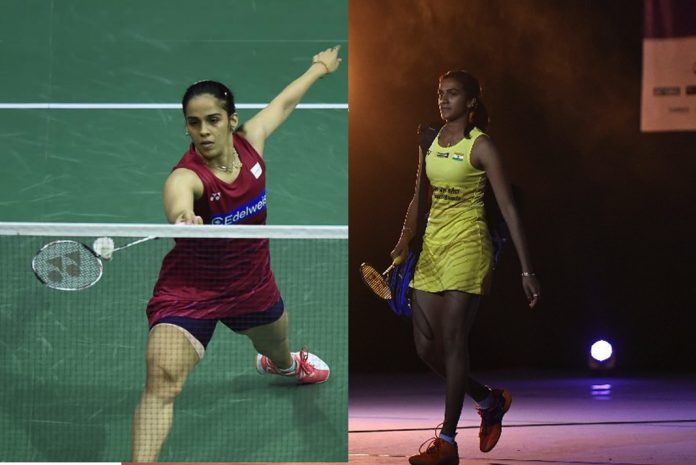 Badminton Association of India has announced cash rewards for PV Sindhu and Saina Nehwal for their medal-winning performances at the Badminton World Federation World Championships in Glasgow, Scotland.

For what came as a first time for India to win two medals at the prestigious event of World Championships, the BAI announced to reward the wonder girls with a cash prize. While Sindhu will receive Rs 10 lakh for her silver medal, Saina Nehwal will be receiving Rs 5 Lakh for her bronze.

Sindhu had stretched Japan’s Nozomi Okuhara to 110 minutes, the second longest women’s singled badminton match ever, in the grueling title clash. A rally won by the Indian had lasted for 73 shots, something unheard of in women’s badminton.

Sindhu after an epic battle with Okuhara, had to settle with silver in the finals. Saina, who had a chance to reach her second final of World Championships, was also beaten by Nozomi in their semi-finals contest.

Congratulating the players for their exceptional performance in the tournament, BAI president Himanta Biswa Sarma said, “I would like to congratulate both the girls for their great performance. It has been a great journey and I am sure the performance of the players will only get better from here”.

Biswa announced the cash reward through his twitter handle, congratulating the girls:

Sindhu by virtue of winning the silver has created a new record for India at the World Championship with three individual medals, one silver now and two bronze medals in the 2013 and 2014 editions.