The prestigious event will, however, lose a bit of sheen with the withdrawal of an injured HS Prannoy, who had claimed a bronze at the 2018 Wuhan edition and is in good form.

While Prannoy will miss out due to a “small injury” sustained on way to his Swiss Open final finish, it will be a great opportunity for All England silver medallist Sen.

Saina Nehwal won her first round game against Sim Yu-jin after a horrible start by the Indian camp in the Badminton Asia Championships. Nehwal defeated her South Korean opponent in a three-set match by 21-15, 17-21, 21-13 in 54 minutes.

Lakshya Sen, who was the top-seeded Indian male in the tournament entered the contest as the firm favourite. He even started the match on a very bright note. The World No. 9 easily won the 1st game by 21-12. But the dangerous Chinese player came back to take the next two sets 21-10, 21-19.

20-year-old Lakshya has been on a stellar run with title wins at the India Open Super 500 and final appearance at the German Open and All England Championships. Sen had also won a bronze at the 2020 Asia team Championships, besides bagging a gold and bronze at the 2018 and 2016 Asian Junior Championships. However he was not at his best against the Chinese opponent as he slumped to a disappointing first-round exit.

Sindhu was dominated by the Chinese Taipei opponent right from the start, Sindhu despite showing a good fight, couldn’t go past Yu Po as she lost the first set 18-21.

In the second set too Yu Po continued her dominance as she reached the break with a 11-9 lead. Yu Po gave a massive scare to Sindhu as she had three match points with the score at 20-17. Sindhu however showcased terrific skills to prevail in the contest as she won the set 27-25 to stretch the game into the decider.

In the third set, Sindhu dominated the proceedings as she raced to a 14-4 lead. Her opponent however made a comeback but she couldn’t get back the lead as Sindhu won the set 21-19 to advance to the next round.

Seventh seeded Kidambi Srikanth, however, kept India’s flag flying in the men’s singles competition by progressing to the second round with a straight-game win over Tze Yong Ng of Malaysia. Srikanth defeated his rival 22-20 21-15 to set up a clash against Chinese qualifier Weng Hong Yang in the second round. 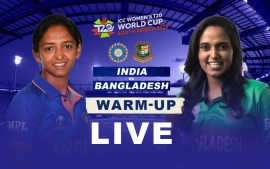 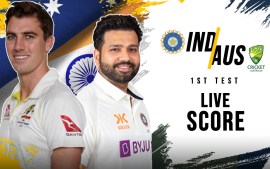