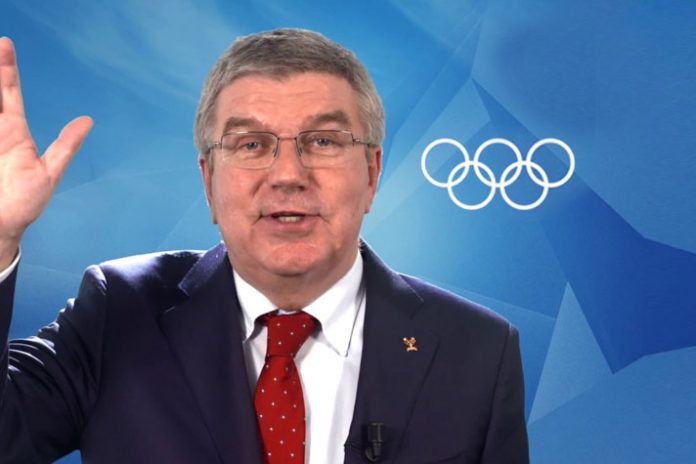 International Olympic Committee (IOC) president Thomas Bach is not for lifting restrictions to allow athletes promote personal sponsors during Olympic Games. The Olympic rules do not permit athletes promote brands other than national team sponsors and Bach has dismissed calls for the IOC to usher to change the rules.

In February the German Cartel Office has ruled that Rule 40 was “too far-reaching” and described it as “abusive conduct”. The Cartel Office had lifted the ruled that made it mandatory for athletes to declare any commercial activities with the German Olympic Sports Confederation (DOSB) ahead of the Games. It had recognised the Games would be one of the most marketable moments in their careers.

The regulation, Rule 40, had been introduced to ensure greater protection for the partners in the IOC’s TOP programme that ensures they have exclusive access to global Olympic marketing rights with and all active National Olympic Committees (NOCs).

In response to this, Bach had told athletes at a specially convened event that the IOC would not extend these concessions to athletes worldwide, Sportspromedia.co has reported.

“There is no ‘one-size fits all’ solution for this because national laws and relationships between athletes, national federations and NOCs are very different,” Bach is reported as saying.

“What we are doing now is actively contacting NOCs and starting talks advising them of what we agreed after the DOSB negotiated this with the Cartel Office in Germany.”

The IOC president has instead encouraged athletes to enter negotiations with their NOCs if they wanted to secure marketing freedom during the Olympic Games, ensuring “a fair balance between giving and taking.”

He said to them: “Approach your NOCs or federations and enter into a binding agreement of what are the rights and responsibilities of an athlete.”

Bach’s comments look to be part of a continued effort to convince athletes of the importance of the TOP programme to the development of sport. The IOC released an infographic claiming that 90 per cent of IOC revenues were spent on the Olympic Games and athlete development, with just 10 per cent used on other IOC operations.

The president has maintained his view that the preferred way to pay athletes is by directly funding national Olympic bodies, which he says are “in the best position to decide what they need to do for their athletes.”

Also Read: London ready with ambitious plan to get back Olympics in 2036

Breakdancing on course to become Olympic Sport at Paris 2024