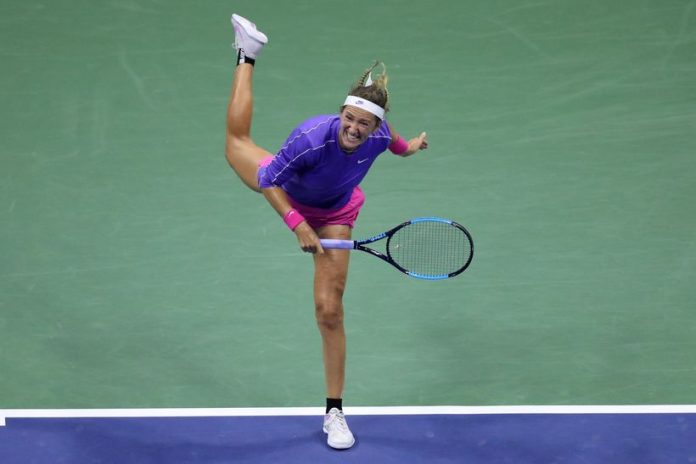 Two-time finalist Victoria Azarenka powered her way into her first Grand Slam semifinal since 2013 after a dominant performance against the No.16 seed Elise Mertens under the lights at Arthur Ashe Stadium.

Azarenka looked her vintage best against Mertens, blasting 21 winners and breaking all of the Belgian’s six service games en route to a clinical 6-1, 6-0 victory in an hour and 13 minutes.

The victory sent Azarenka into her first Grand Slam semifinal since her runner-up finish in Flushing Meadows – and she’ll face a familiar opponent as she sets up a clash with No.3 seed Serena Williams. The match will be a repeat of the 2012 and 2013 US Open finals, where Serena defeated Azarenka to win back-to-back Grand Slam crowns, as well as their 23rd career meeting.

Azarenka has been in red hot form throughout her run in New York, racking up a 10-match winning streak after lifting the trophy at the Western & Southern. At the US Open, Azarenka has dropped just one set en route to the semifinals, taking down No.20 seed Karolina Muchova and No.5 seed Aryna Sabalenka along the way.

It was a total turnaround for the two-time Grand Slam champion, who came into the Cincinnati tournament seeking her first match win in over a year.

Azarenka continued her emphatic resurgence against the No.16 seed Mertens, bossing the rallies with her booming groundstrokes. She neutralized the tricky Mertens’ game with her firepower, and broke to take a 2-0 lead, and kept her edge after trading breaks to make it 3-1.

Azarenka was fired up in every point, grinding her way to another important service hold at 4-1 with an emphatic down-the line backhand to close out a marathon rally. From there, there was no looking back for the Belarusian as she reeled off the next eight games in a row to book her spot into the semifinals.