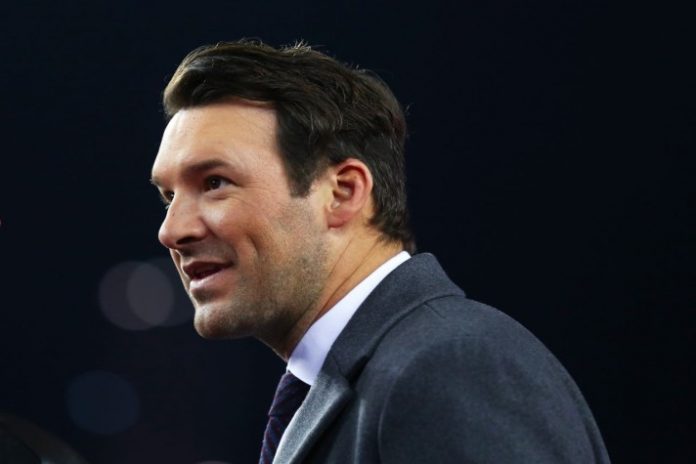 What can be the highest salary for a sports anchor? Your wildest of guesses might fell many times short off what ESPN is reportedly set to offer to CBS Sports free agent Tony Romo.

ESPN reportedly is trying to rope in Tony Romo as the “Monday Night Football” analyst in place of Booger McFarland.  Front Office Sports, quoting sources, has reported on the potential world record deal for the all-time high salary of a sports presenter.

ESPN according to Front Office Report is trying to  rope in Romo on a seven-year contract. His profile, in addition to the Monday Night Football may also include to potentially quarterback ESPN’s NFL game coverage if parent Disney acquires a Sunday afternoon game package from rival Fox Sports, CBS Sports, and NBC Sports during the next round of NFL TV negotiations in 2020-2021.

The website frntofficesport.com while reporting on the negotiations has also confirmed that no deal so far has been signed. The report is based on the website’s sources as ESPN had reportedly declined to comment and Romo’s representative was not approached for reaction.

So what makes this pre-mature deal such an important piece of news?

It is the quoted salary of Romo, which according to sources will range between $ 10 million and $ 14 million per annum for the seven-year contract.

This will be equivalent to over ₹ 7 crore per month and approximately ₹ 25 lakh per day – meaning a per day pay package that will surpass the monthly salary of the best-paid editors in our country.

A deal of this size would possibly reset the pay scale for top TV sports personalities, the website has reported.  The 39-year-old former Dallas Cowboy quarterback is currently making about $4 million annually on the final year of his three-year rookie broadcasting deal at CBS.

The report also suggests that CBS also has the right to match the offer.