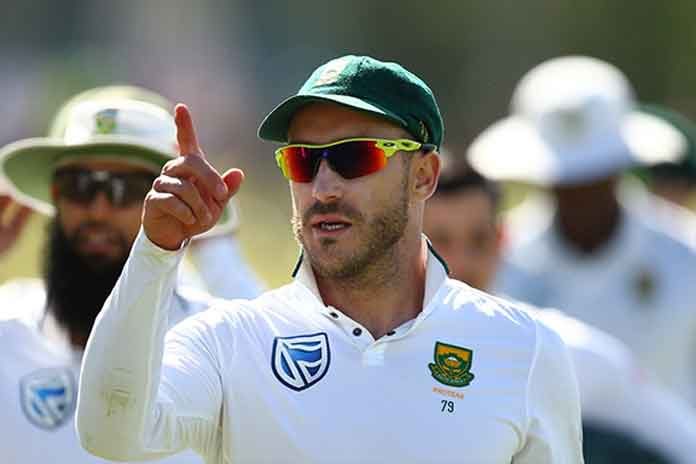 South African captain Faf du Plessis offered tips to Australia ahead of their big-ticket clashes against India: avoid confrontation with Virat Kohli and give him “silent treatment”.

Du Plessis on Friday said that his team gave India captain Kohli the “silent treatment” in an attempt to keep him quiet when the two teams squared off earlier this year.

“There are guys like that in international cricket (who enjoy the confrontation). We feel like that when we play against someone like Virat Kohli, he wants to get into the fight,” the Protea said.

Du Plessis’ South Africa beat India 2-1 in the series but Kohli emerged as the top run-getter with an aggregate of 286 from three Tests at an average of 47.66.

“There’s one or two guys in each team around the world that we as a team discuss before playing against them. We’re like, ‘better not say too much to him because you’ll get him going’.”

Kohli has been in imperious form throughout the year. The world no 1 Test batsman notched up 593 runs against England in the five-match series and followed that up with three back-to-back hundreds against the West Indies in the One-day International series.

Du Plessis said, “He’s an amazing player. We gave him the silent treatment and he still scored runs in South Africa, but we felt like it was not huge runs he scored the one hundred there in Centurion when the wicket was slow.