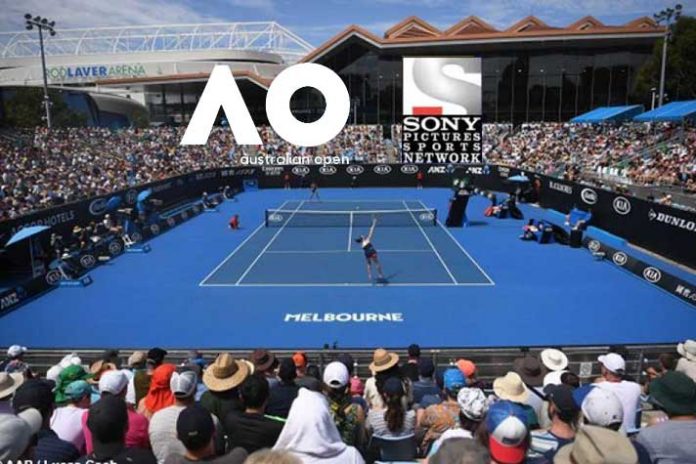 The first Grand Slam of the Year starts on January 20, Monday. To provide the full “Happy Slam” experience to Indian fans, Sony has also planned a series of programming and marketing initiatives for its viewers.

The matches will also be streamed LIVE on Sony’s OTT platform SonyLIV.

For the first time since its broadcast in India, the Australian Open men’s and women’s singles semi-finals and finals will have live Hindi commentary on SONY TEN 3 channels with the aim of attracting newer audiences, SPSN has stated in a Press release.

Former India No. 1, Somdev Devvarman will also return to the studio to provide expert analysis on the sports network’s live studio show for the tournament. The Indian ace tennis player, who has played at Melbourne Park for seven editions of the Australian Open, will be giving his pre, during and post-match insights to audiences through the course of the whole tournament.

One of India’s most popular urban hangout spots, Social will be SPSN’s Official On-Ground Screening Partner for Australian Open 2020. The Grand Slam of Asia/Pacific will be screened live at all of Social’s 25 venues across five cities: New Delhi, Mumbai, Pune, Chandigarh and Bengaluru. Tennis enthusiasts will get a taste of an authentic ‘Aussie’ experience with the chefs whipping up a specially curated ‘Aussie’ F&B menu at all outlets during the tournament. The popular hangout chain will also host tennis experience zones at select venues to provide an ambient and interactive experience for fans.

“The Australian Open is not only the first but also one of the most exciting Grand Slam of the year as all the top players are vying to establish their dominance early in the year. Our strategy for Sony Pictures Sports Network has been to massify the appeal for sports across a larger audience. Each year, we have seen a steady growth in viewership for the tournament, especially in the Hindi speaking markets, said Neville Bastawalla, Head – Marketing & On-Air Promotions, Sports Channels, Sony Pictures Networks India.

“We recognized the potential for live Hindi commentary and for the first audiences in HSMs will get to watch the semi-finals and finals of the tournament in Hindi. We are also very excited about our partnership with Impresario Entertainment and Hospitality to host the authentic ‘Aussie’ experience which will include the screening of all the matches of the tournament, an Australian F&B menu and other activities at the 25 outlets of Social in five cities for Australian Open 2020.”

The 108th edition of the Australian Open 2020 will feature defending champions Novak Djokovic and Naomi Osaka along with the best tennis players in the world like Roger Federer, Rafael Nadal, Simona Halep, Serena Williams, Stefanos Tsitsipas among many more. The tournament this year could mark many records, like if he wins, Federer could become the oldest Australian Open Champion or Rafael Nadal could finally become the joint-most Grand Slam winner in the history of men’s tennis and many more. One of India’s most beloved tennis players, Leander Paes will also put his final show at the Australian Open 2020, since he announced his farewell tour. With the stakes so high for the first Grand Slam of the year, Australian Open 2020 is a must-watch for every sports fan in India.